Room 4: The fabric of history: ceremonial vestments from pre-Revolution Russia

Downside’s treasures relate not just to the history of the monastic community and the local vicinity, but also to the history of the wider world. An opulent example of this is provided by the luxurious ceremonial vestments made from gold cloth for the coronation of Tsar Nicholas II of Russia (1894–1917) in 1896. The vestments left Russia prior to the Revolution of 1917 and were brought to Downside by Cardinal Francis Aidan Gasquet (1914–29). Gasquet wore the lavishly embroidered cope for the celebration that marked his appointment as Cardinal in 1914, with the other attendants wearing matching vestments produced from the same fabric. These vestments have remained at Downside ever since and have been re-used at various occasions, such as in 1935, when they were worn at the consecration of Downside’s abbey church by Cardinal Jusztinián György Serédi (1928–45), Archbishop of Esztergom and Prince Primate of Hungary. 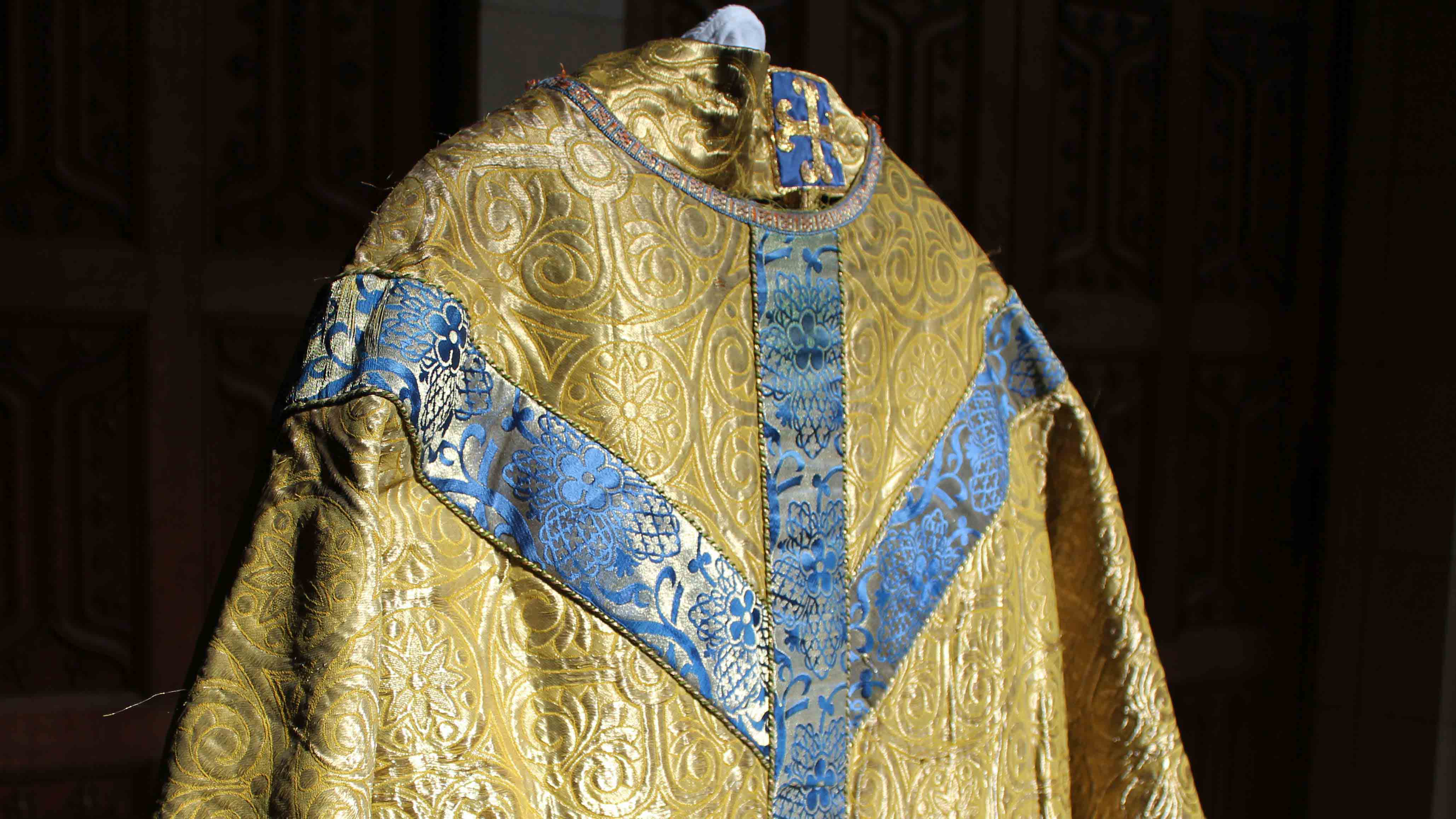