History can be recorded in literary form, too, as shown by some of the personal writings of Downside’s monks. A prime example is Dom Roger Hudleston (1874–1936), whose flair for the dramatic gave rise to several short stories creatively combining historical narratives with accounts of the supernatural. Published in 1923 under Hudleston’s pen name ‘Roger Pater’, the first volume of his stories, entitled Mystic Voices, was received favourably, and was followed by a second, My Cousin Philip, in 1924. Like much of Hudleston’s oeuvre, his ghost story ‘The Persecution Chalice’ draws explicitly on historical subject matter. Hudleston (aka Father Roger) recalls that, whilst saying Mass at Downside using a chalice brought to England during the French Revolution, he could hear the ghosts of rioting men outside the abbey, their gunfire and shouting plainly audible to him as he touched the chalice. This very chalice still resides at Downside today.

Shown here are:
- a page from Hudleston’s ghost story ‘The Persecution Chalice’;
- the chalice that inspired the story;
- a page (revised table of contents) from Hudleston’s handwritten draft of Mystic Voices. 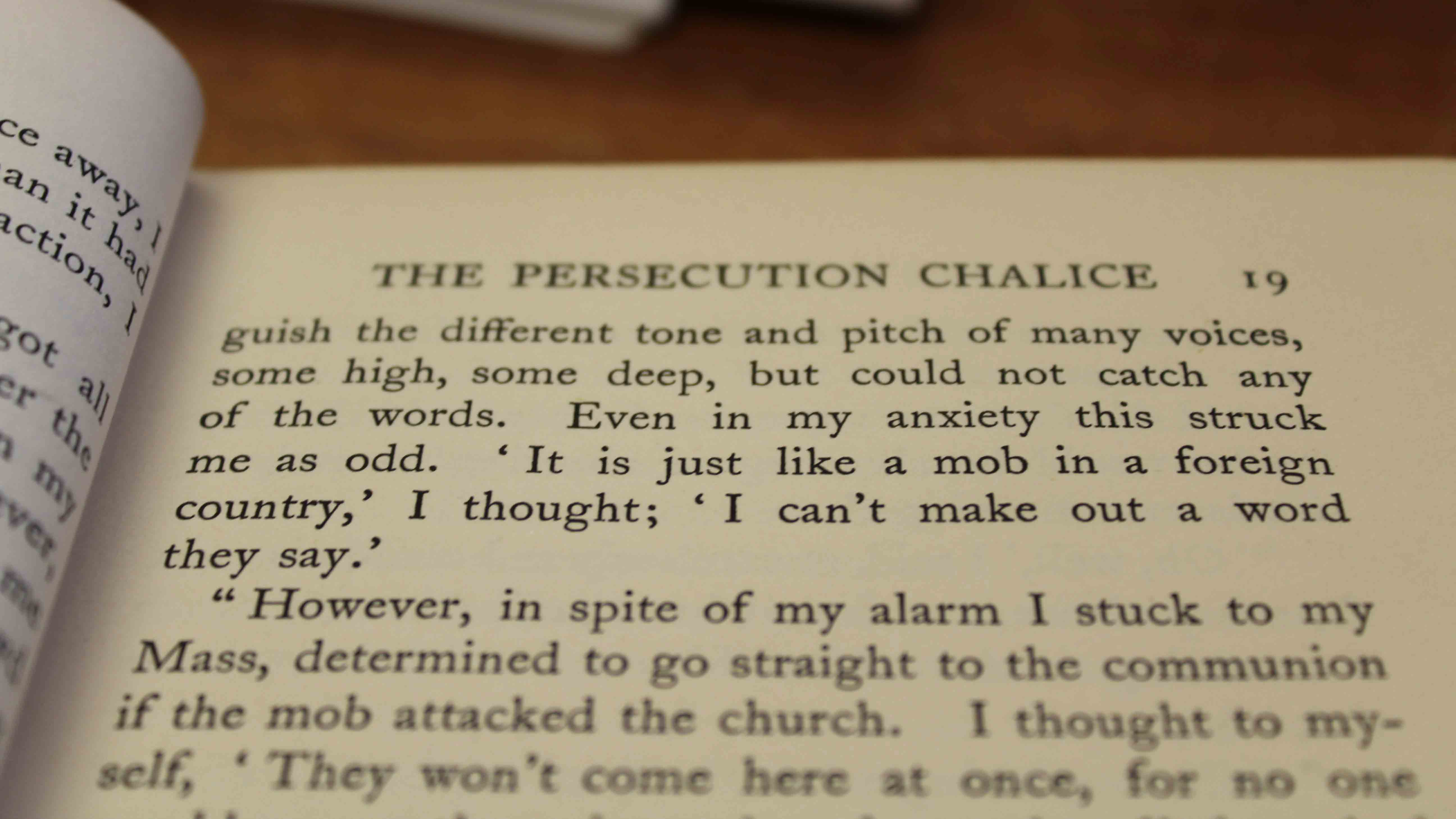 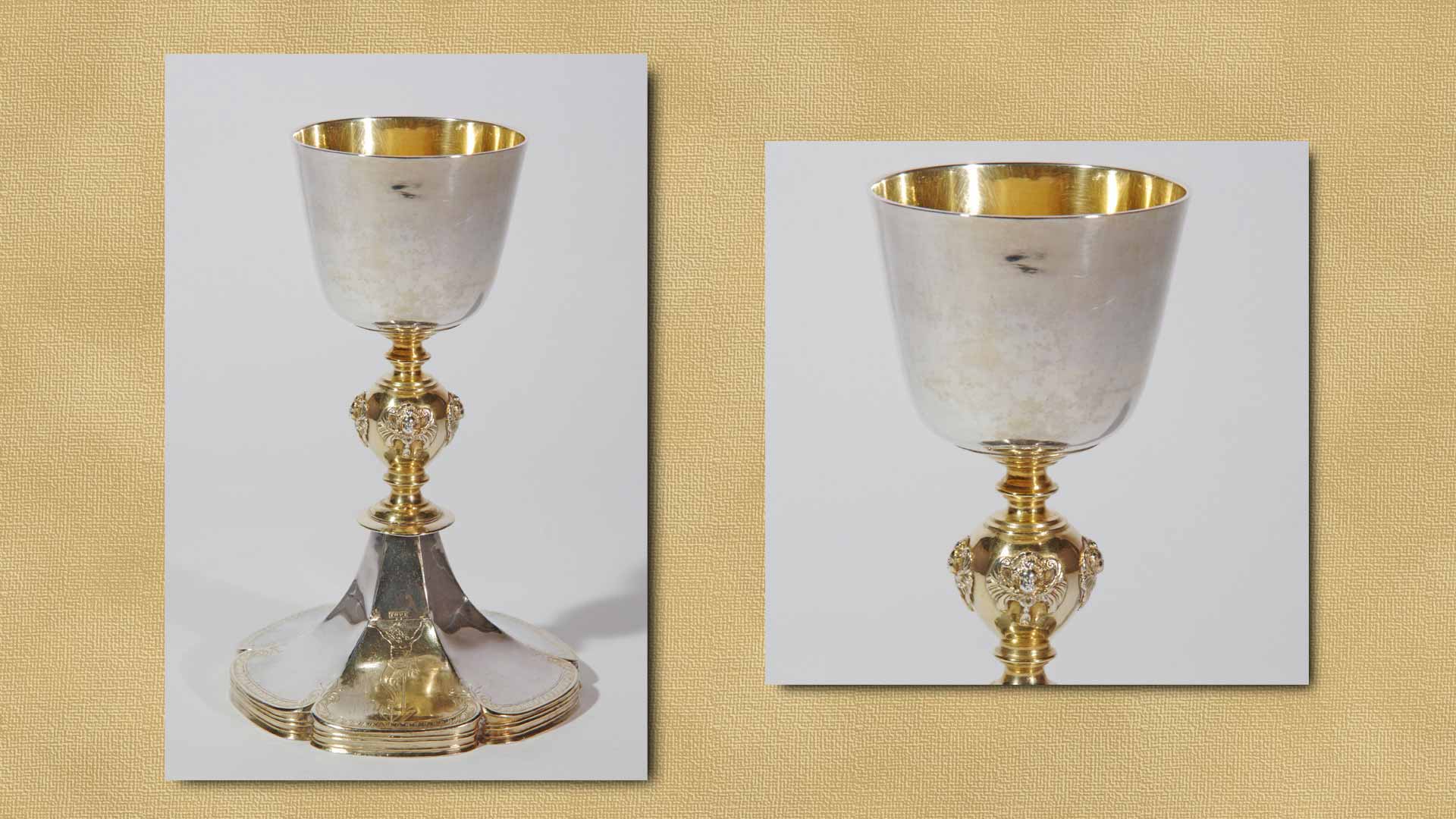 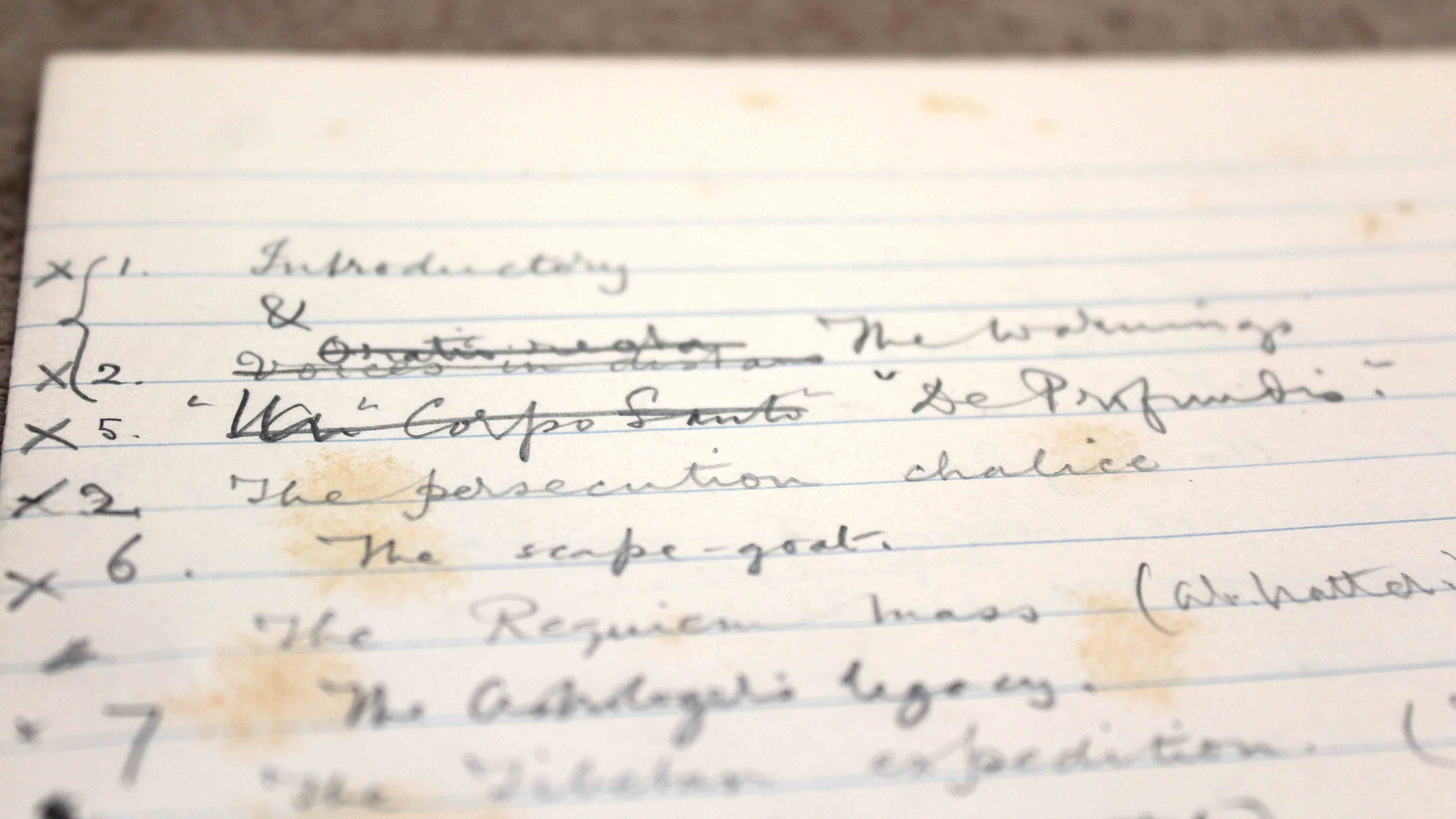