Over time, Downside and its monks have been involved not only with religious history, but also with other fields of historical research. Under its first abbot, Edmund Ford (1851–1930; abbot 1900–06), the monastic community engaged in a natural history project whose ambitions were truly international. Ford had a personal interest in the natural world and had even studied as an amateur taxidermist in Sydney, Australia. As the popularity of naturalism as a ‘gentleman’s hobby’ grew during the nineteenth century, both in England and abroad, Downside sought to establish its own natural history collection to facilitate teaching within its domestic school and natural history society. Supported by donations, this collection was an attempt to create a state-of-the-art natural history museum in the Somerset countryside by drawing on the community’s global connections. Once housed in the abbey’s Old Chapel, what remains of this collection today is preserved at Bristol Museum.

Shown here are:
- a photograph of the collection in its original setting in Downside’s Old Chapel;
- a page from the Museum Book listing various exhibits;
- one of the early exhibits from Australia, now preserved at Bristol Museum. 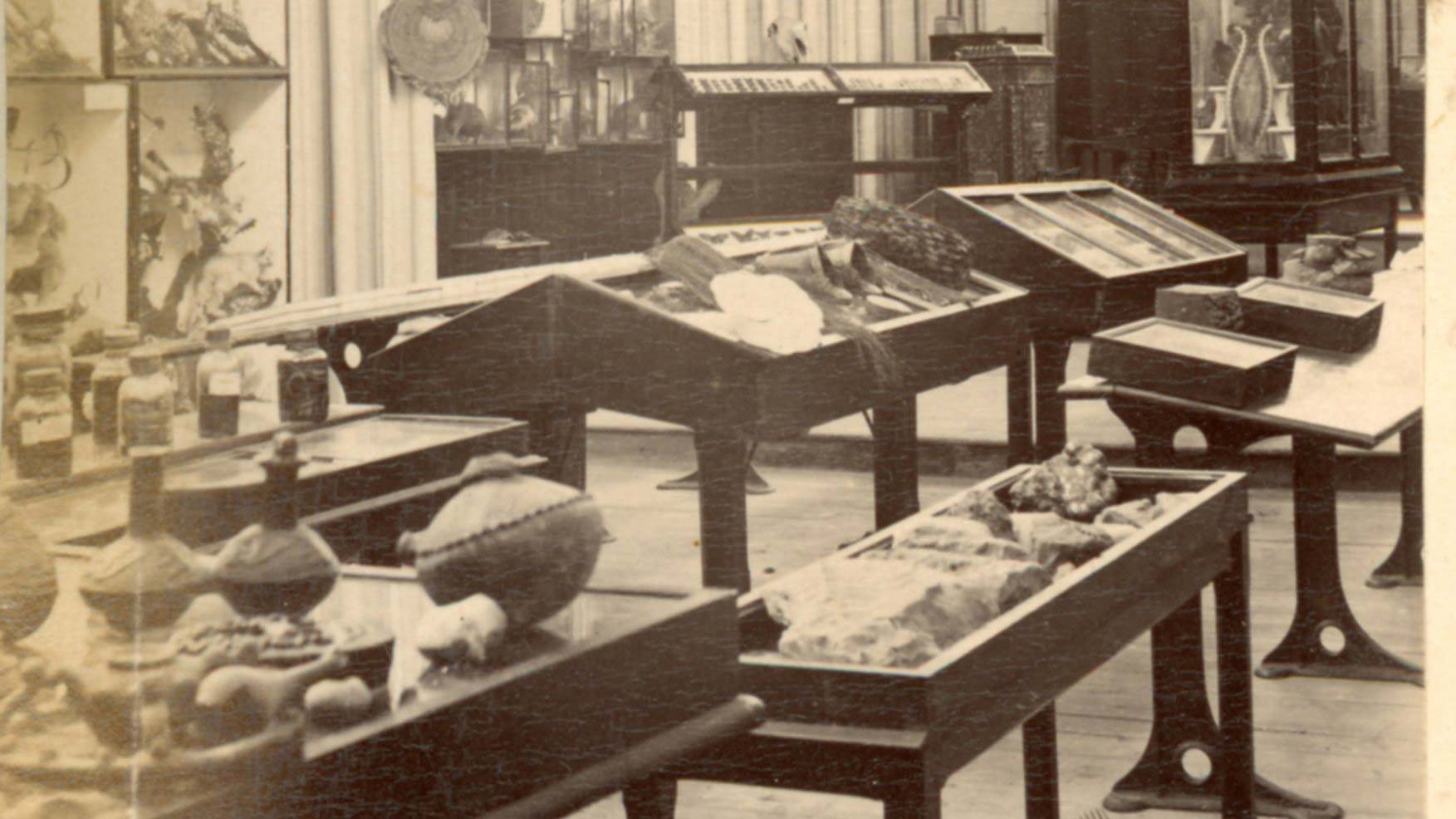 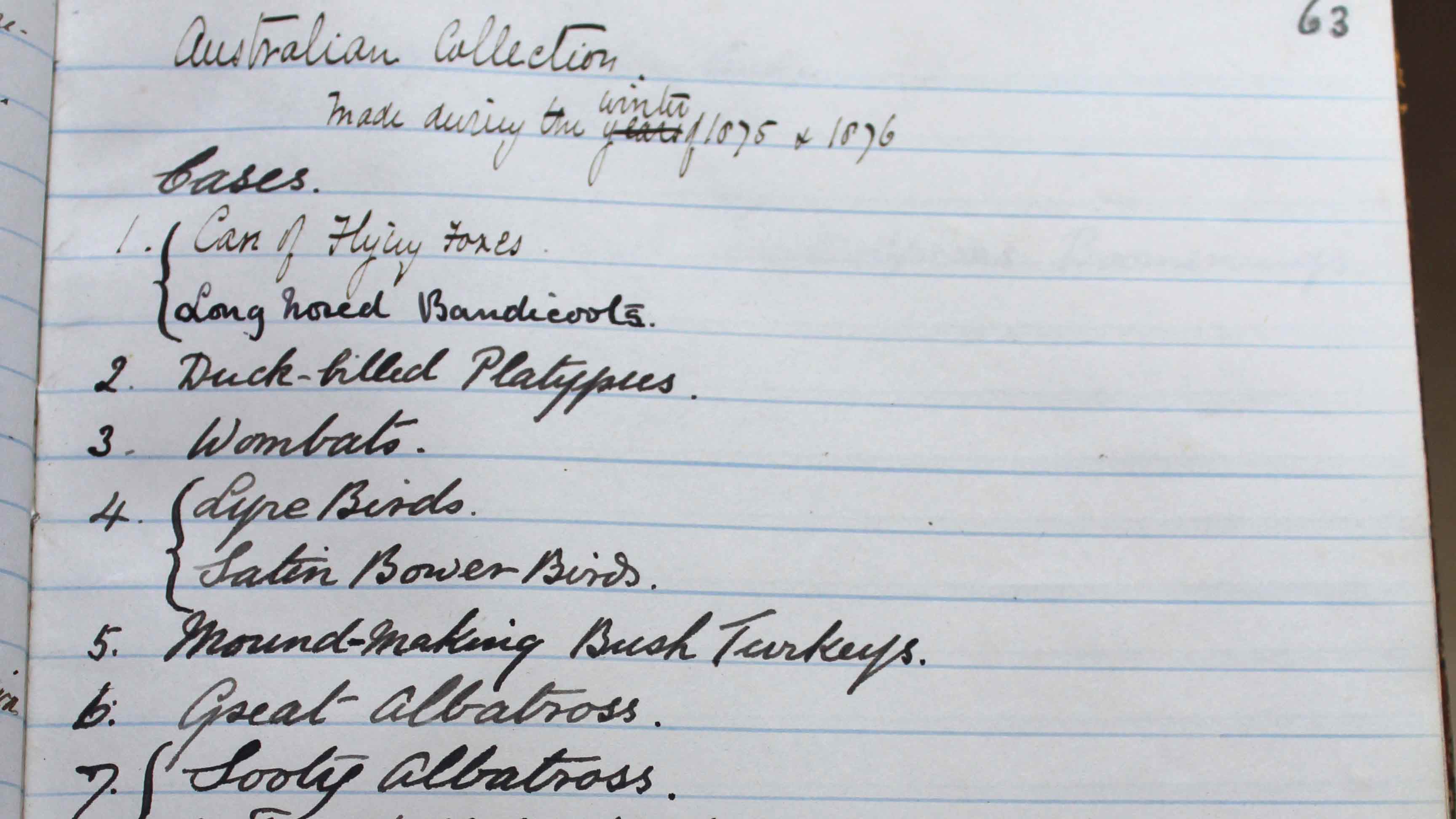 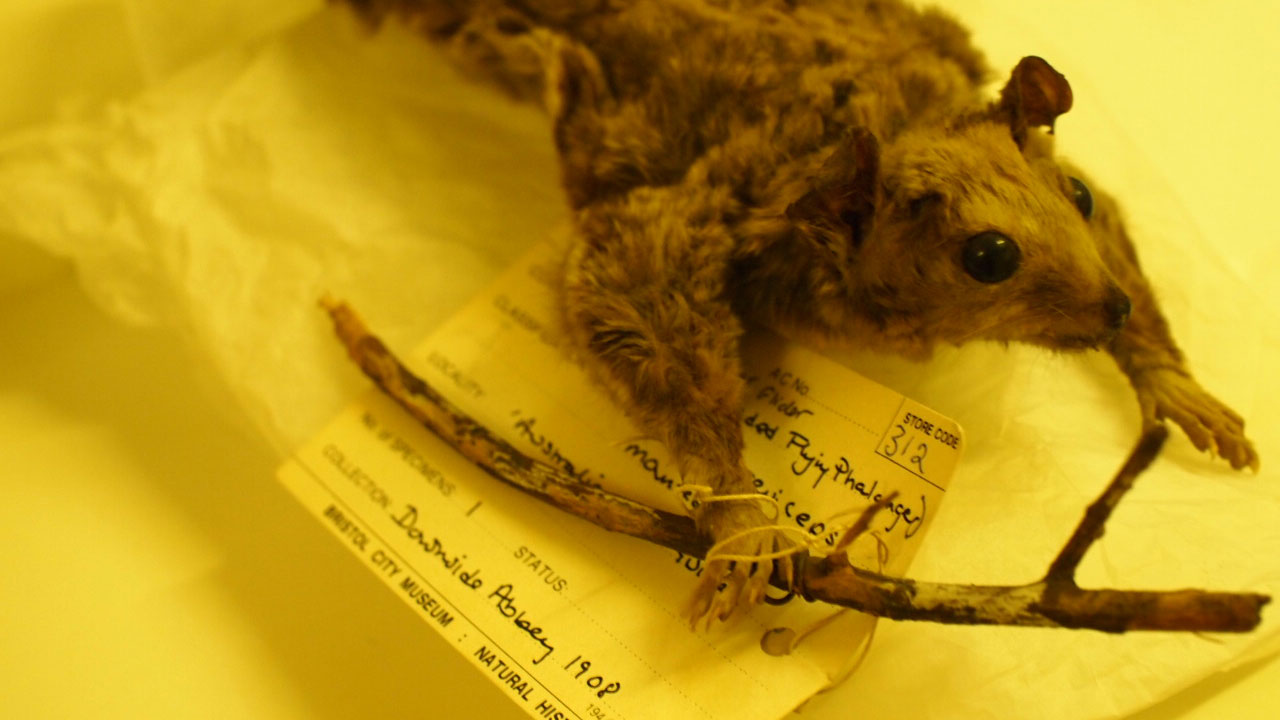