When visiting Downside’s abbey church, the faces of two men can be encountered several times, perhaps most strikingly in the carved heads over the old church entrance and on their elaborate effigies near the transept. Abbot Edmund Ford (1900–06) and Cardinal Francis Aidan Gasquet (1914–29) were both taught at Downside and joined the monastery together after leaving the school. As the community’s abbot and prior, respectively, Ford and Gasquet played an instrumental role in the construction of the abbey church and were responsible for its strategic architectural invocation of the medieval past. Gasquet’s effigy even makes explicit reference to the writing of history in the medieval monastic tradition. Though his credentials as a historian are now viewed with scepticism, Gasquet considered himself as following in the footsteps of the Venerable Bede, widely considered the ‘Father of English History’, whose likeness features prominently at the feet of Gasquet’s effigy. 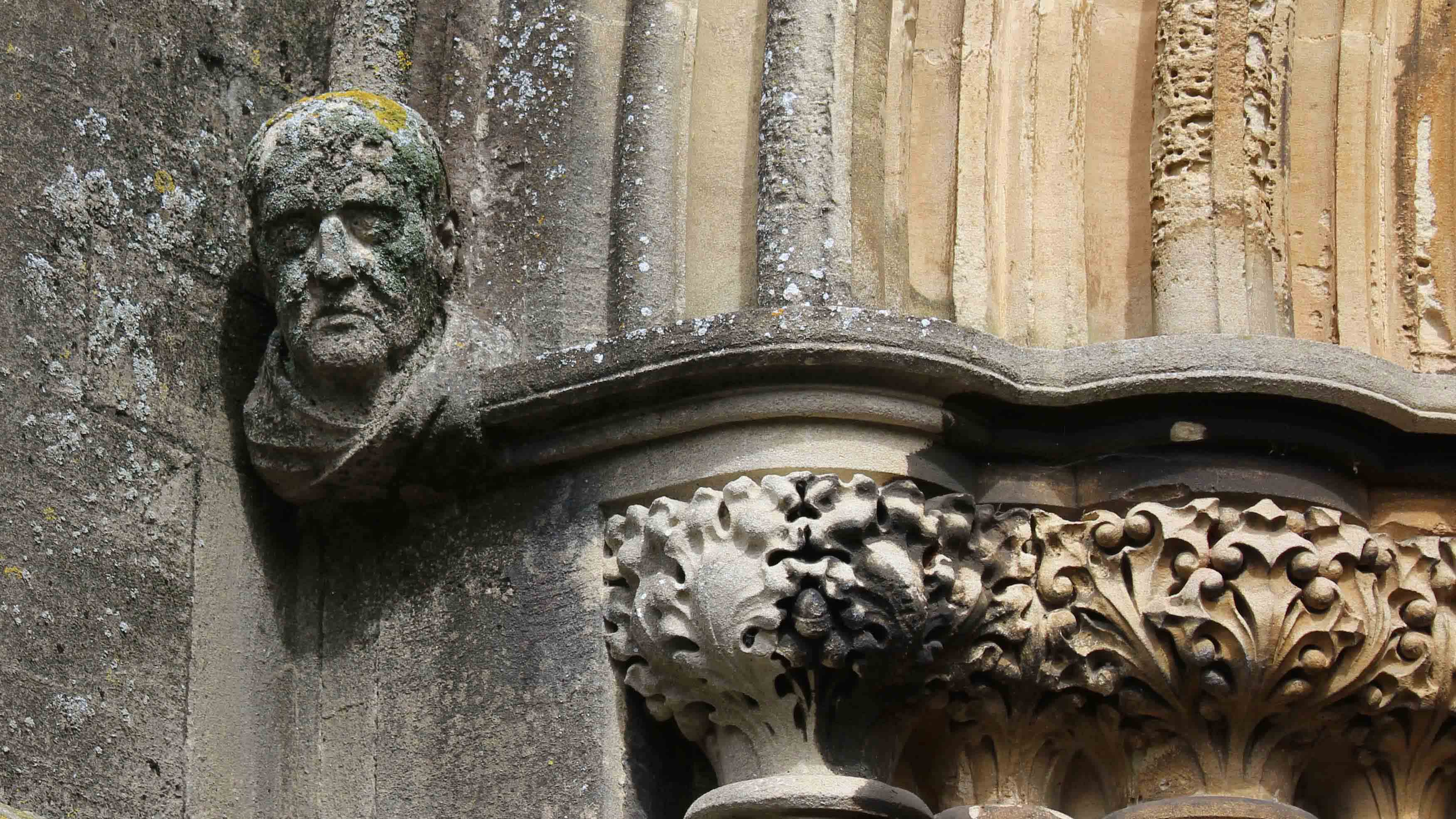 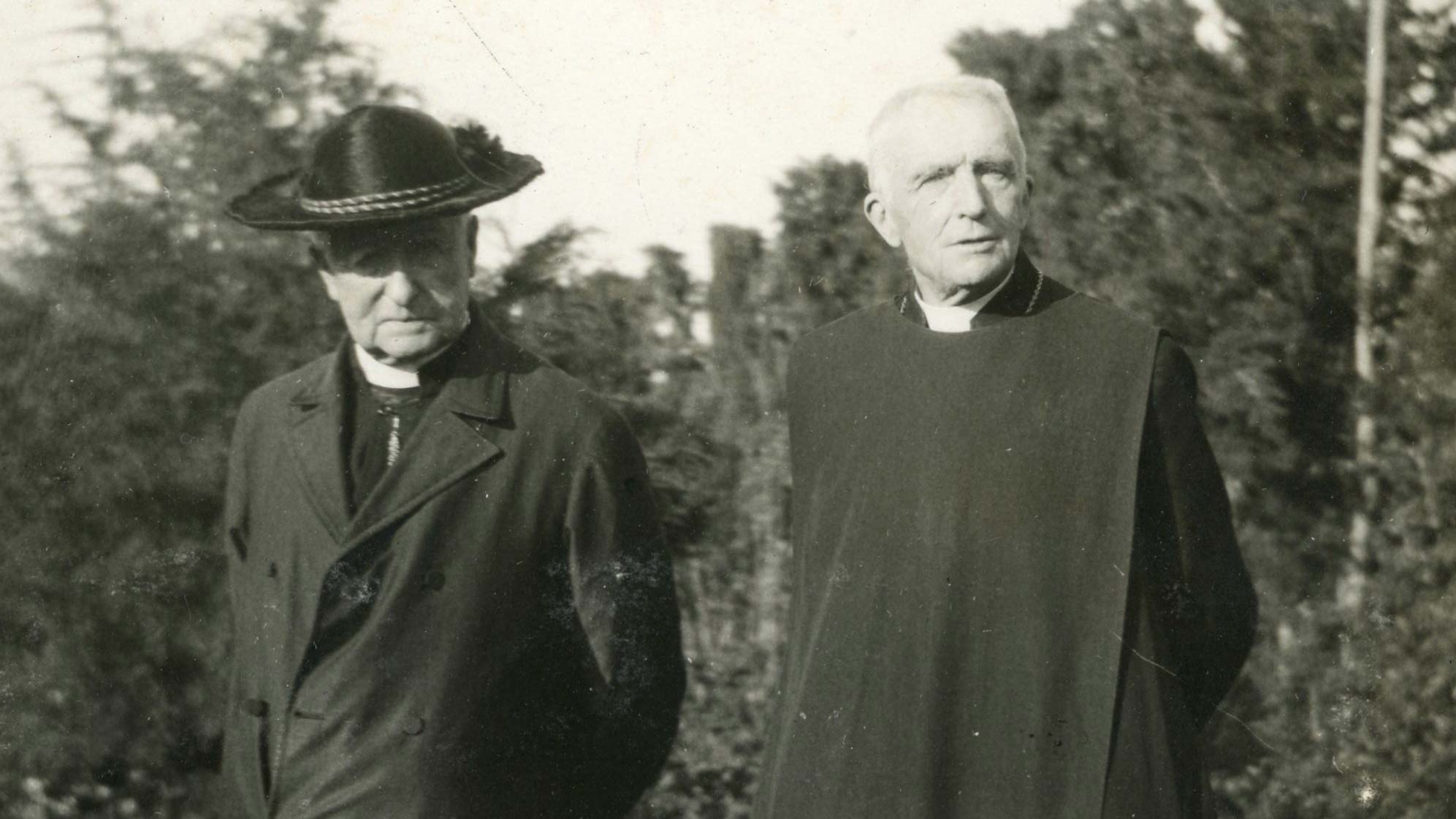 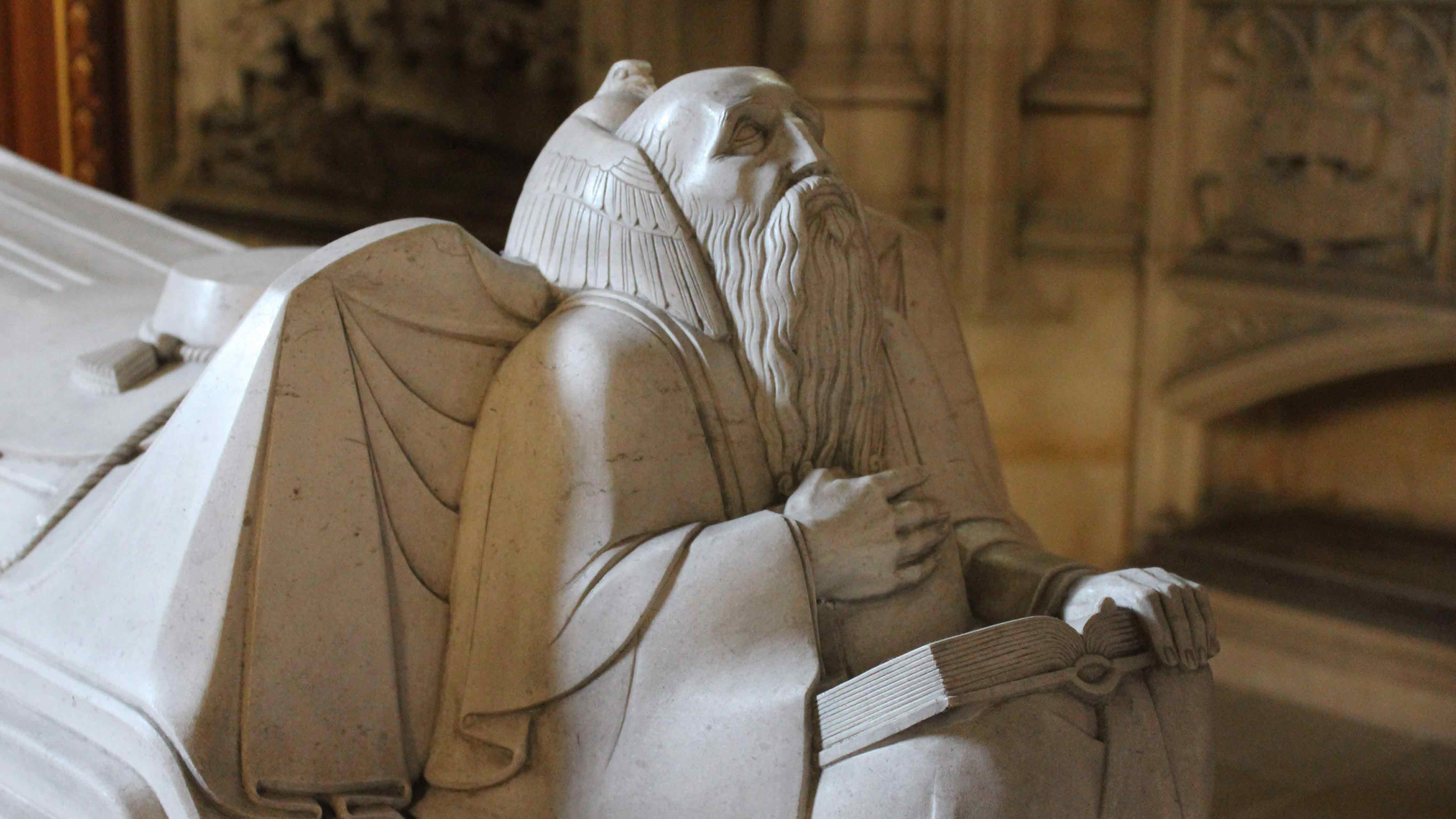