Room 3: A repository for communal memories: the Lamspringe Collection

Downside’s special collections also act as a repository for the history of other monastic communities. Lamspringe Abbey near Hildesheim, Germany was the only community of exiled English monks to hold the rank of abbey before 1899. Founded in the ninth century as a female religious convent that experienced its heyday during the twelfth and thirteenth centuries, Lamspringe turned Lutheran during the Reformation and, having returned to Catholicism in 1643, was secularised in the early nineteenth century. Abandoning their home, some of Lamspringe’s monks joined the English community at Ampleforth, Yorkshire, taking with them their most prized relics and books as a means of safeguarding their collective memory and identity. Many of these are now preserved at Downside as the ‘Lamspringe Collection’, including a Hebrew Bible (1588), the Walden Polyglot Bible (1657), John Towson’s History of Lamspringe (1688), and the Lamspringe Cartulary,* a detailed yet little-studied record of the abbey’s history.
*Dr Pohl is preparing a study of the Lamspringe Cartulary.

Selected by the monks of Downside. 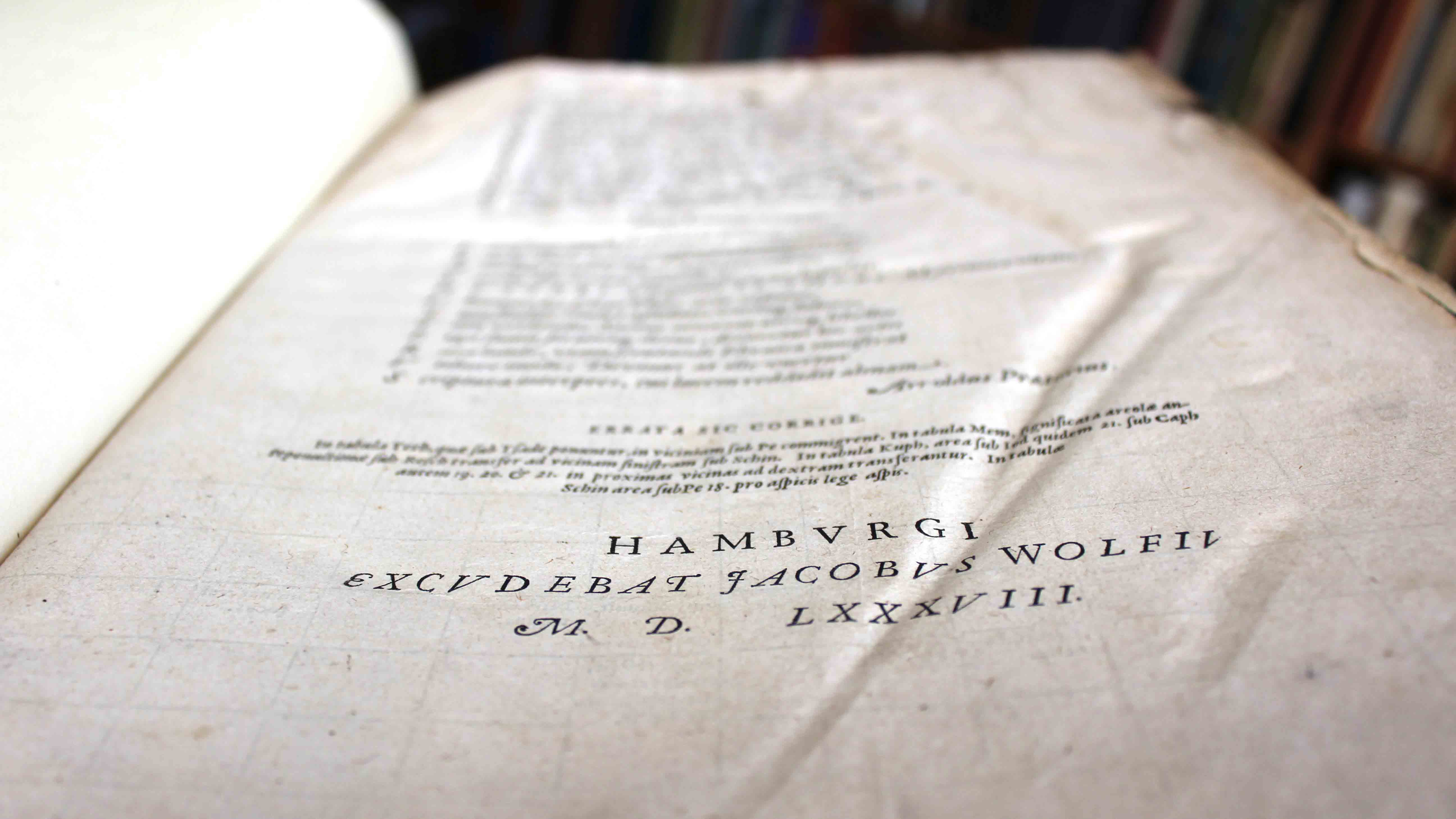 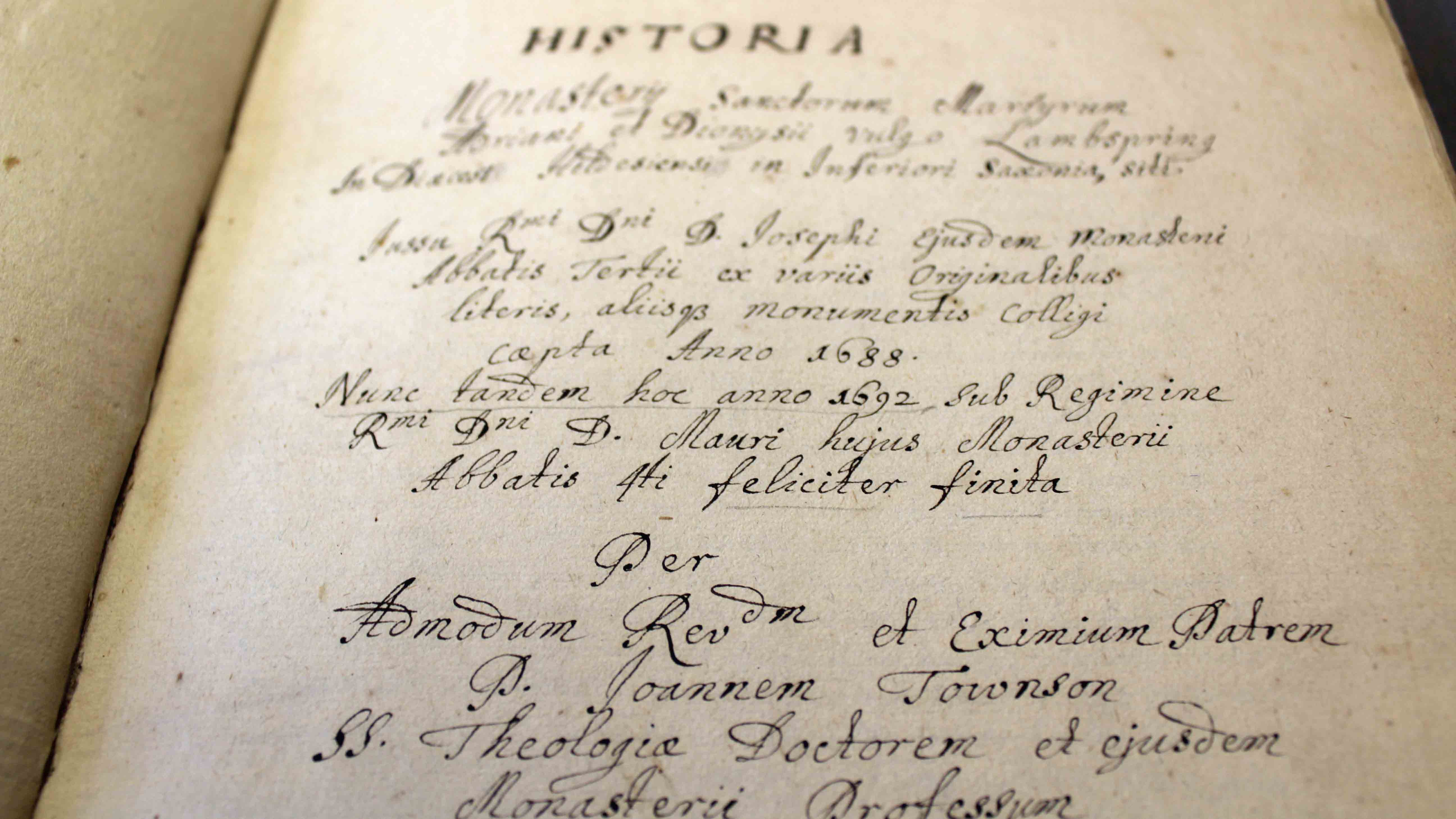