The ‘Dunkirk Diary’ of Dom Gervase Hobson-Matthews (1903–40) is a moving and deeply personal account of a Catholic military chaplain’s experiences during the early months of World War II. Matthews was killed at Dunkirk on 31 May 1940, and the document details his mobilisation at the outbreak of the war, his crossing of the English Channel with the British Expeditionary Force, the period known as the ‘Phoney War’ (September 1939–May 1940) and the eventual British retreat to the beaches of Dunkirk. A most valuable source for historians, the Dunkirk Diary connects Downside’s monastic community with one of the darkest and most formative periods of modern history. Written in Matthews’ own words, the text describes the horrors of war from the perspective of a Benedictine monk and chaplain. Reflecting on the harrowing experiences of May 1940, the diary’s final lines now serve as a grim epitaph for its author. 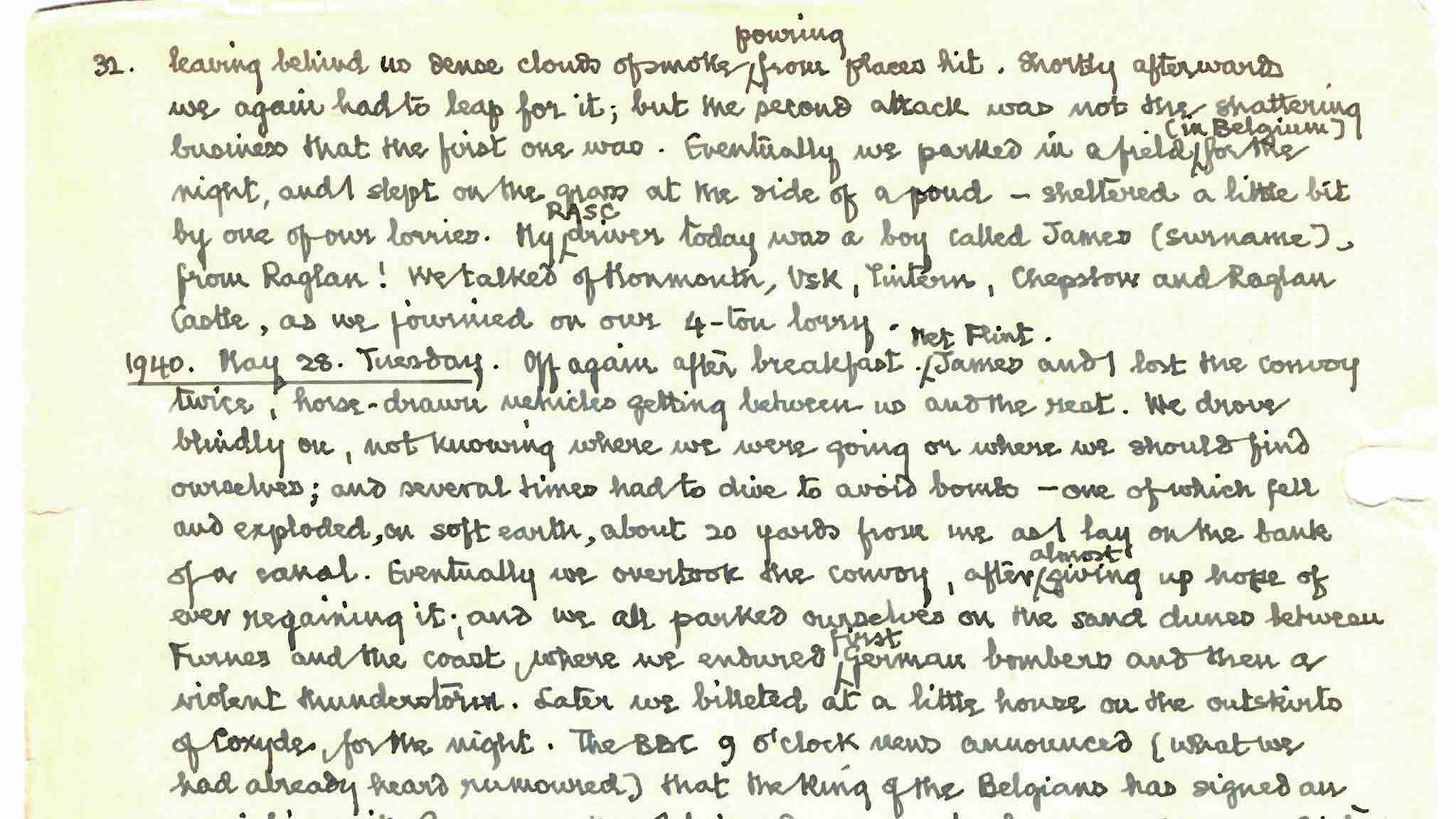 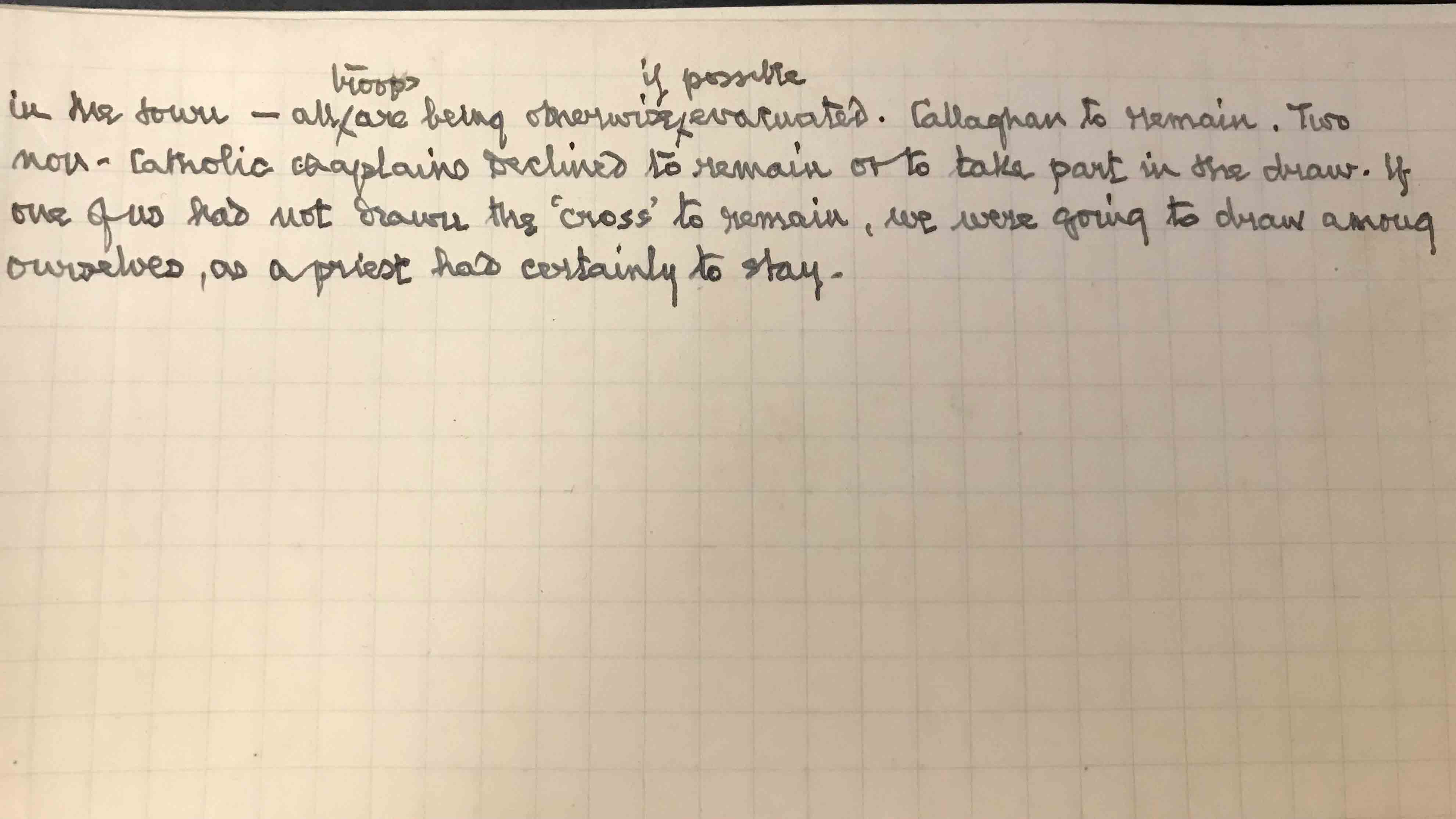 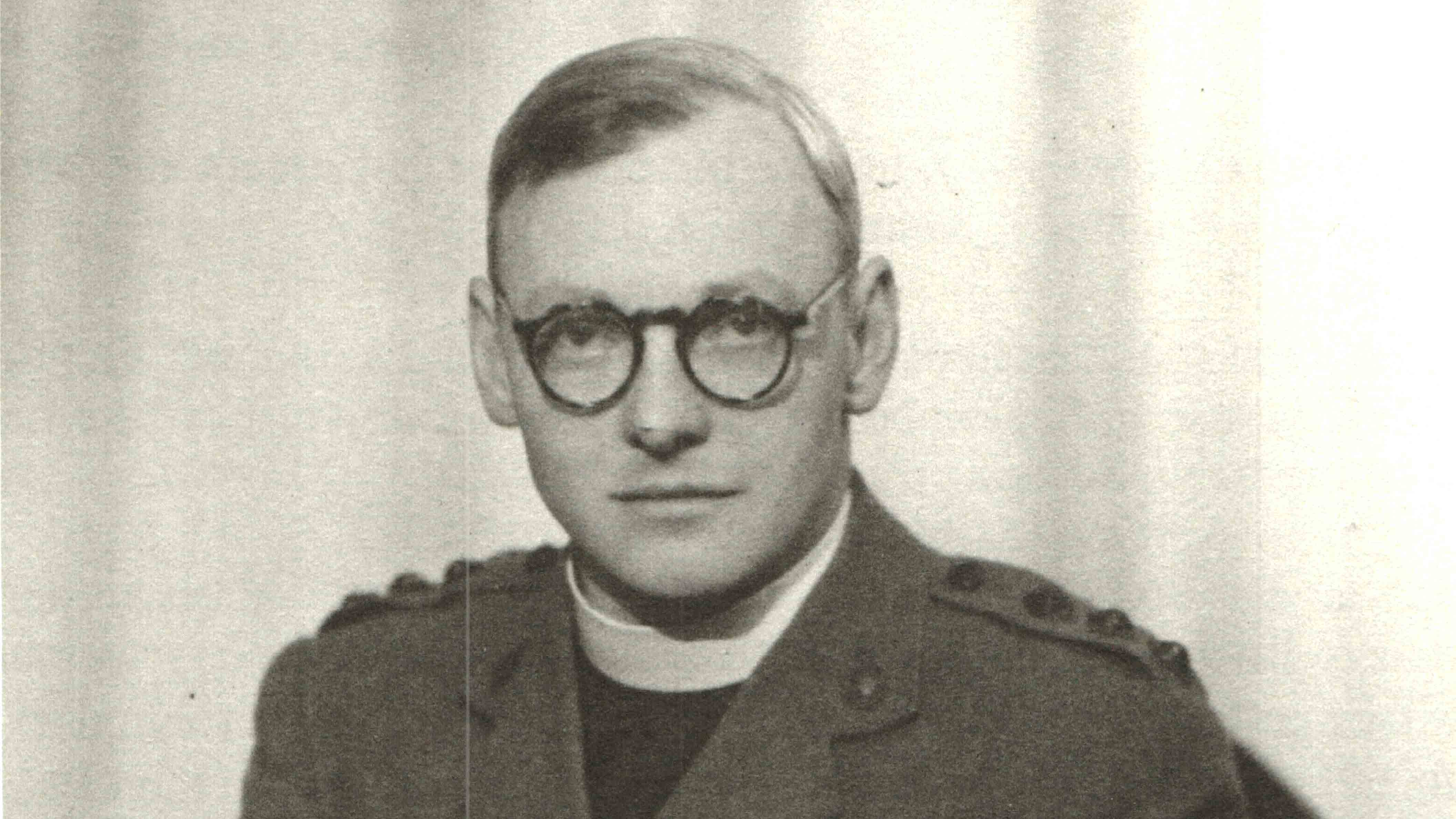