One of Downside’s monks, Dom Bede Camm (1864–1942), kept a travel diary that offers a rare, even unique, historical snapshot of one of Europe’s most important monasteries prior to its lamentable destruction in World War II. Perhaps best known as a monastic martyrologist, Camm joined Downside in 1913, having previously resided at the Abbeys of Erdington near Birmingham and Maredsous, Belgium. As a monk, Camm went on numerous extended travels – or, as he called them, pilgrimages – throughout Europe, which repeatedly took him to St Benedict’s monastic foundation at Montecassino, Italy. In his diary, Camm vividly describes this abbey and its daily life, including details of liturgical processions, chants and other activities. Perhaps most importantly, he includes detailed sketches of the abbey’s buildings prior to their being bombed in 1944. Camm subsequently published several of his memories and sketches of Montecassino in his book Pilgrim Paths in Latin Lands (1923). 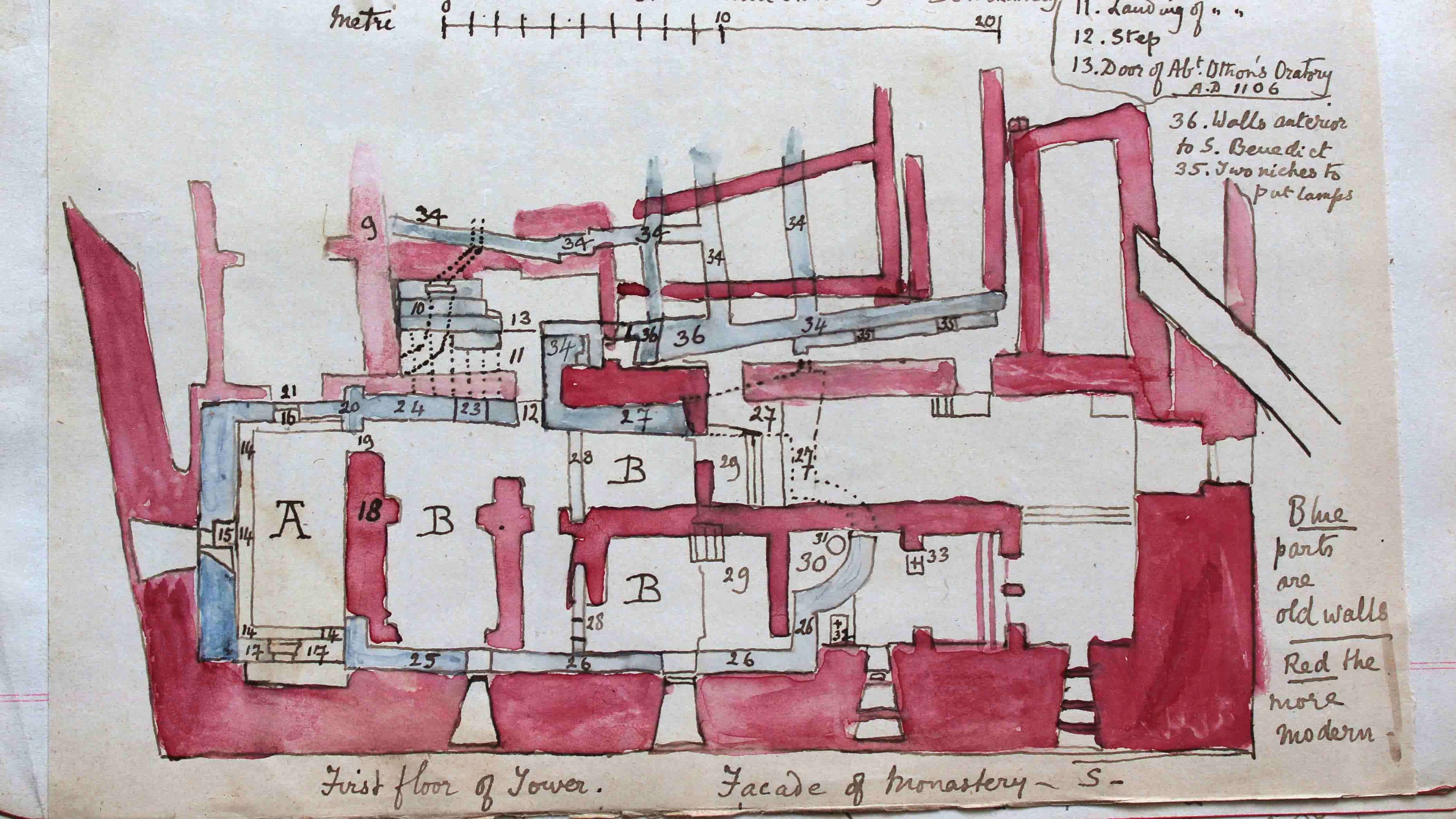 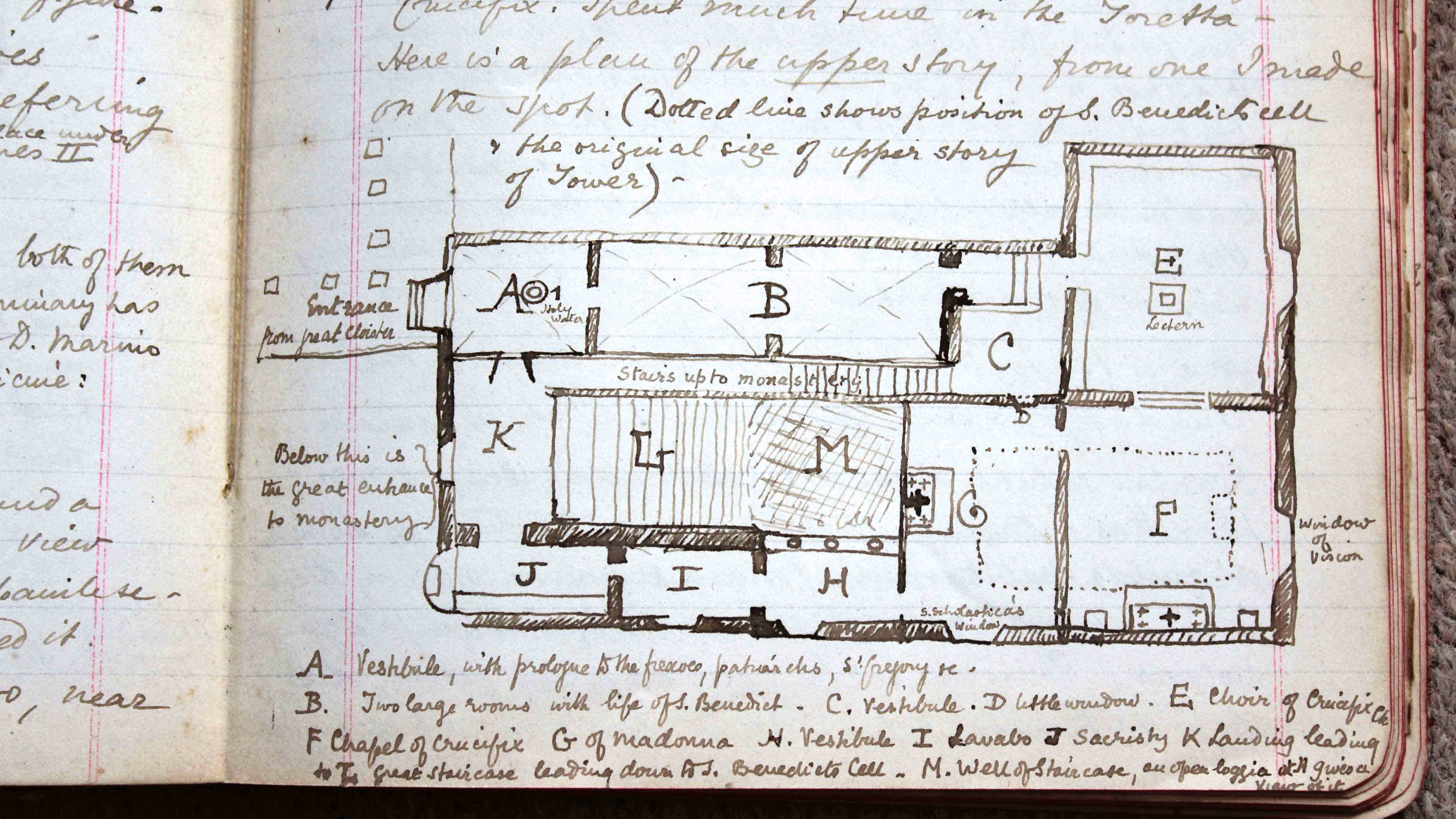 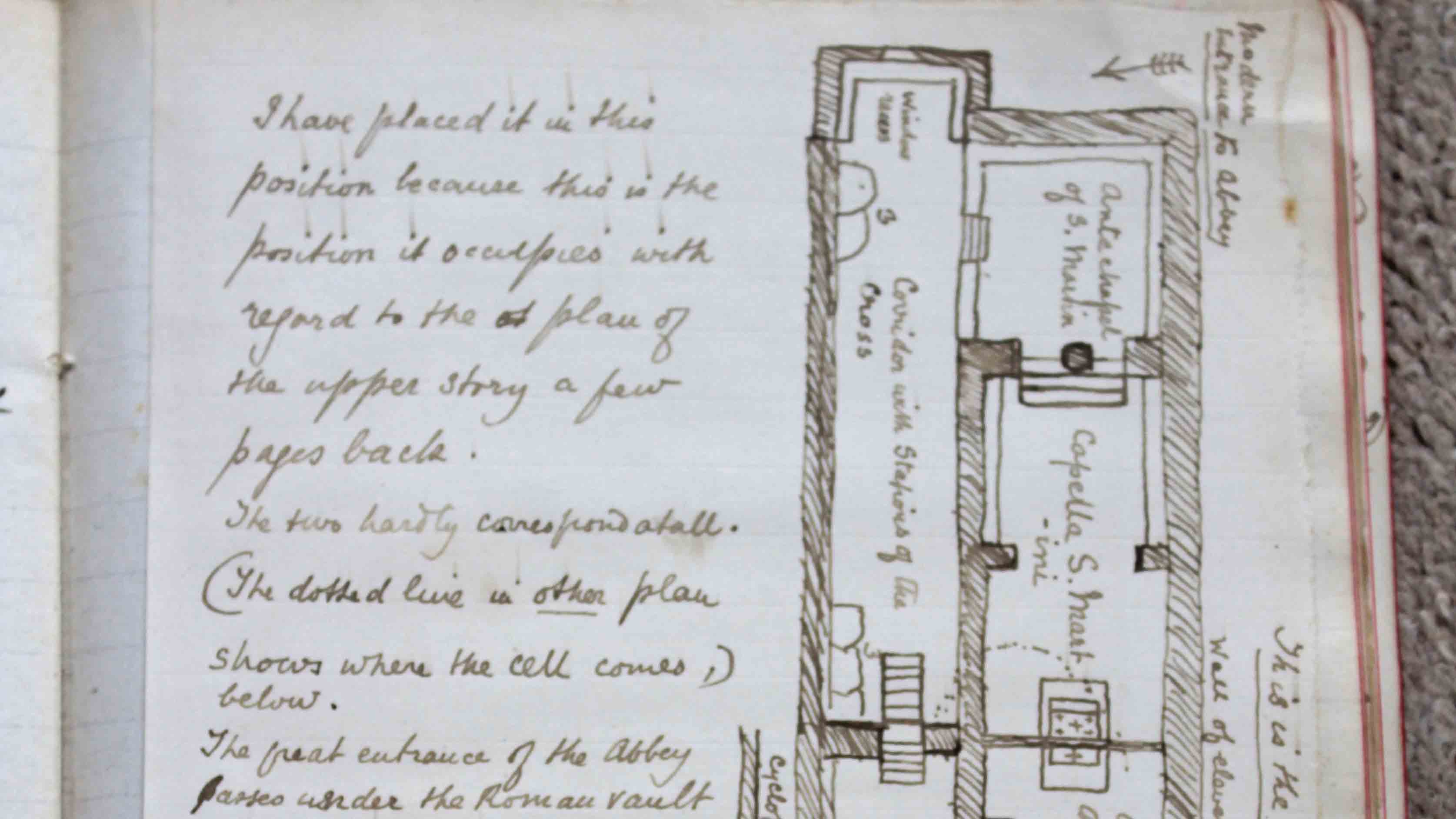