At one point, Downside had its own resident archaeologist. Dom Ethelbert Horne (1858–1952) joined the community in 1880, subsequently serving as prior and custodian of relics from 1929–33. A passionate antiquarian whose historical interests reached from his own time all the way back to the medieval and Roman periods, Horne took a leading role in two major archaeological digs in the local area. The first of these led to the discovery of a Roman villa at Keynsham (1922–24), including a well-preserved, highly intricate mosaic now on display at Keynsham Civic Centre. Horne’s second archaeological venture, which saw him in the influential position of director of excavations, was a series of digs at Glastonbury Abbey (1928–39), where Horne was made titular abbot in 1939. Preserved in Downside’s collections, Horne’s archaeological papers contain large amounts of valuable unpublished information, as well as rare photographs taken during his digs. 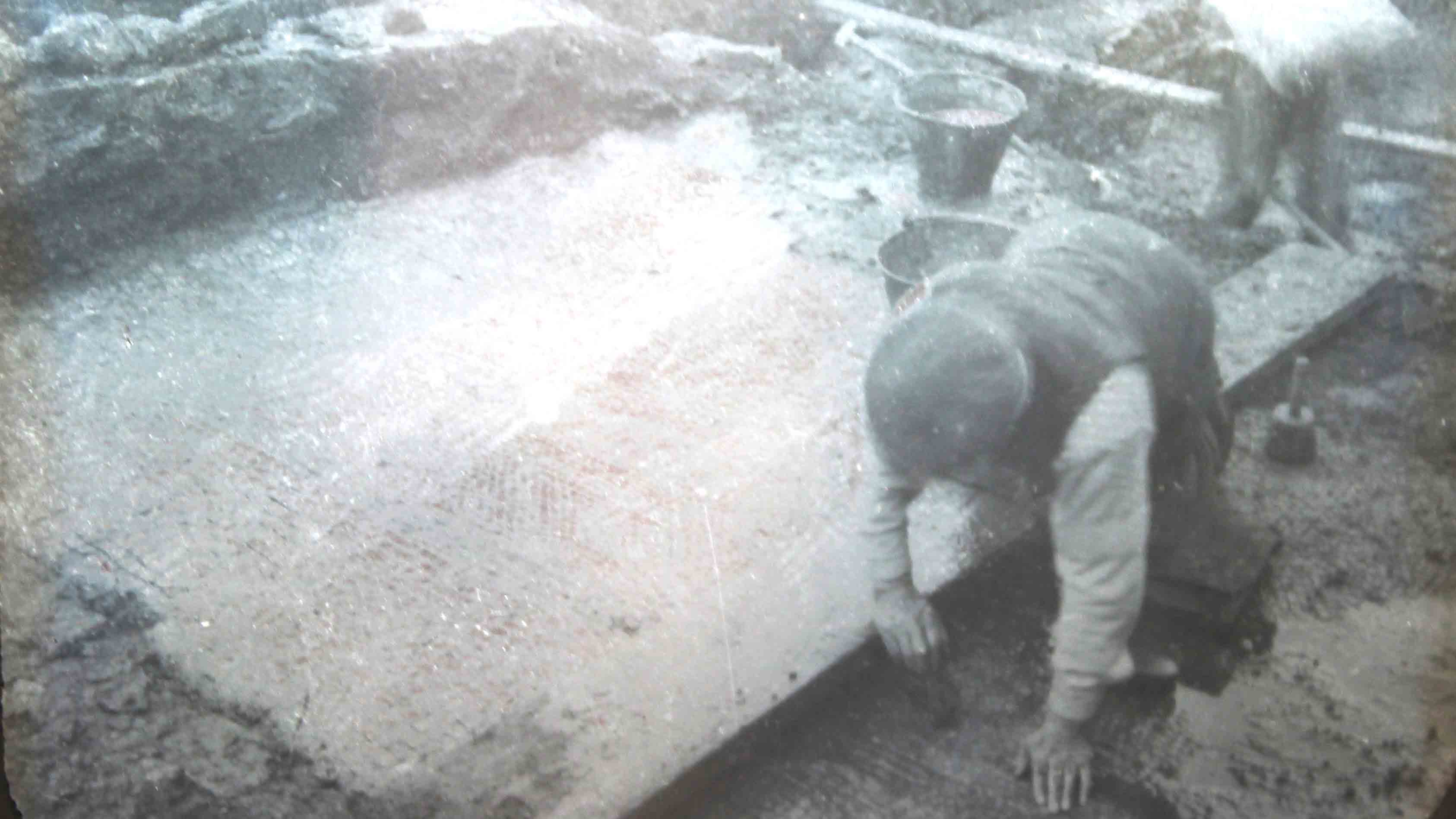 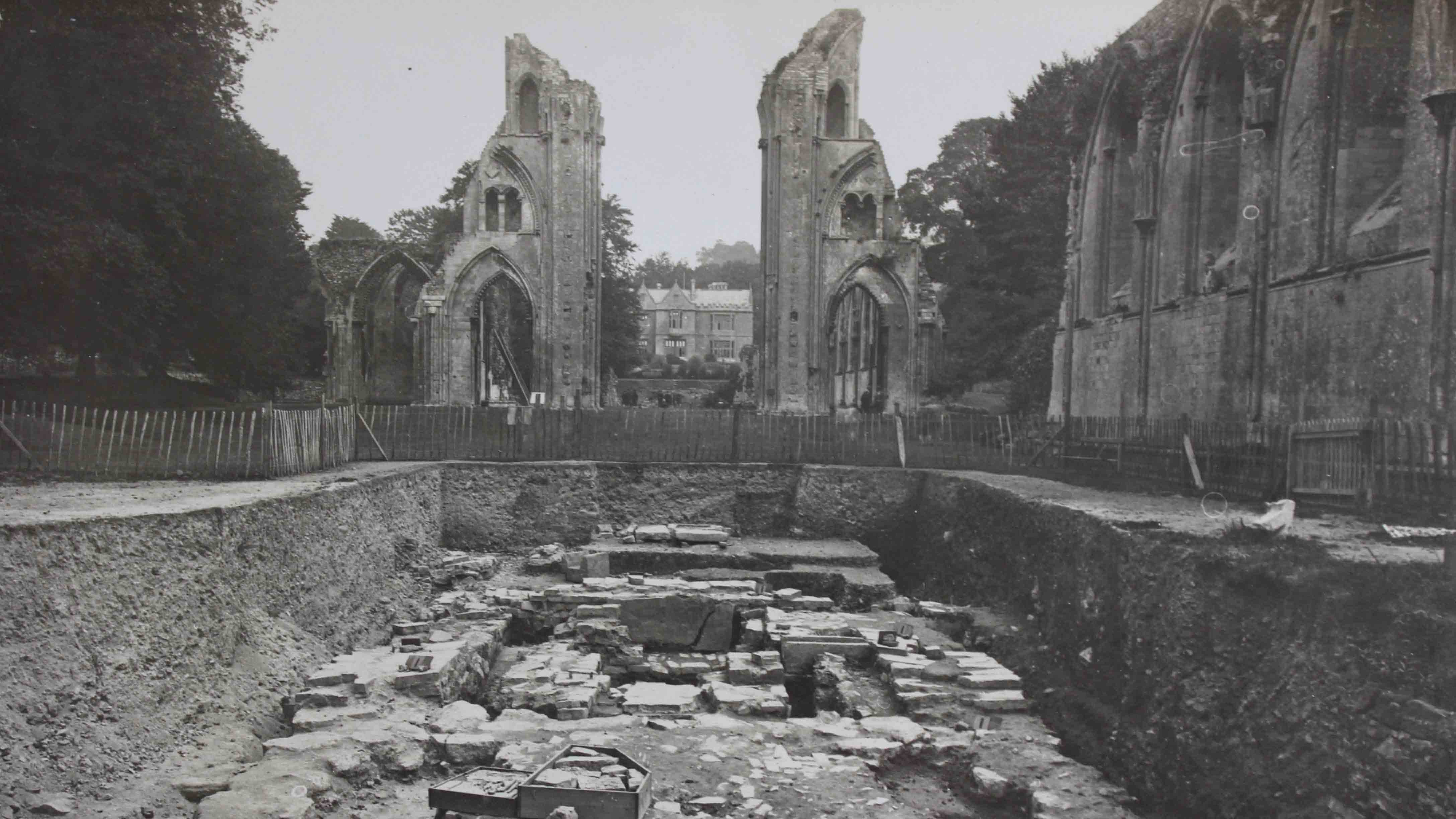 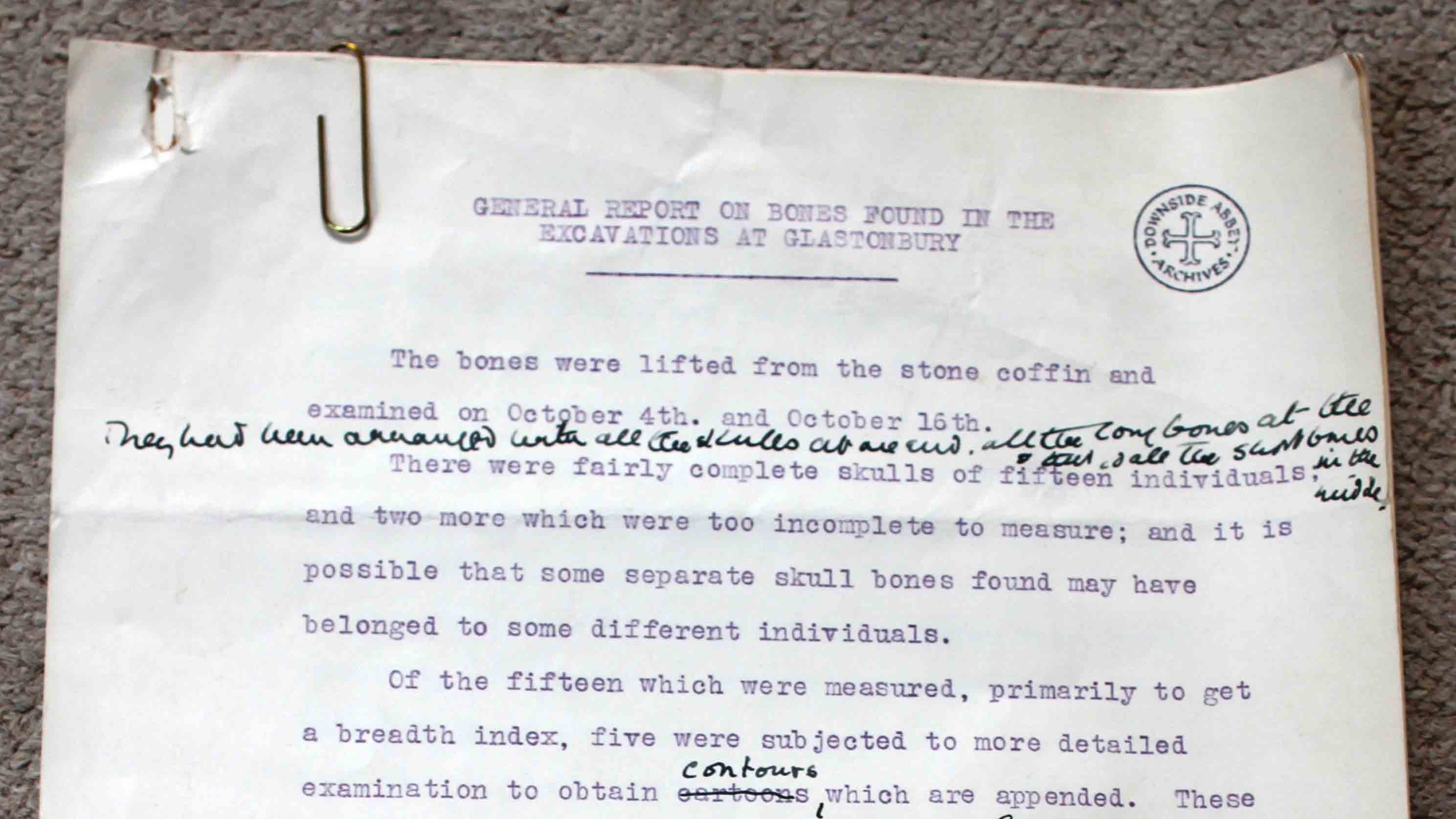