Room 2: The monastic historian and his tools: David Knowles

Dom David Knowles (1896–1974) was perhaps the most famous of Downside’s resident historians, rising from relative obscurity to become Regius Professor of Modern History at Cambridge (1954–63). Preserved at Downside are not only his handwritten notes and typed drafts, but also one of his primary tools as a historian: his personal typewriter. Knowles was heavily influenced by the monastic reforms of Prior Aidan Gasquet, Prior/Abbot Edmund Ford and Abbot Cuthbert Butler (1906–22), and his knowledge of the mystical spirituality of Augustine Baker continued to shape much of his work, which he conducted with access to the resources in Downside’s monastic library and in the House of Studies, Benet House, in Cambridge. Drafted on his typewriter, Knowles’ The Monastic Order in England (1940) remains a key resource for historical scholarship to this day, as do The Religious Orders in England (1948–59) and several of his other works.

Shown here are:
- a letter from Knowles to Dom Lucius Graham quoting Aelred of Rievaulx († 1167);
- the keyboard of Knowles’ personal typewriter;
- a page from Knowles’ unpublished autobiography written on his typewriter. 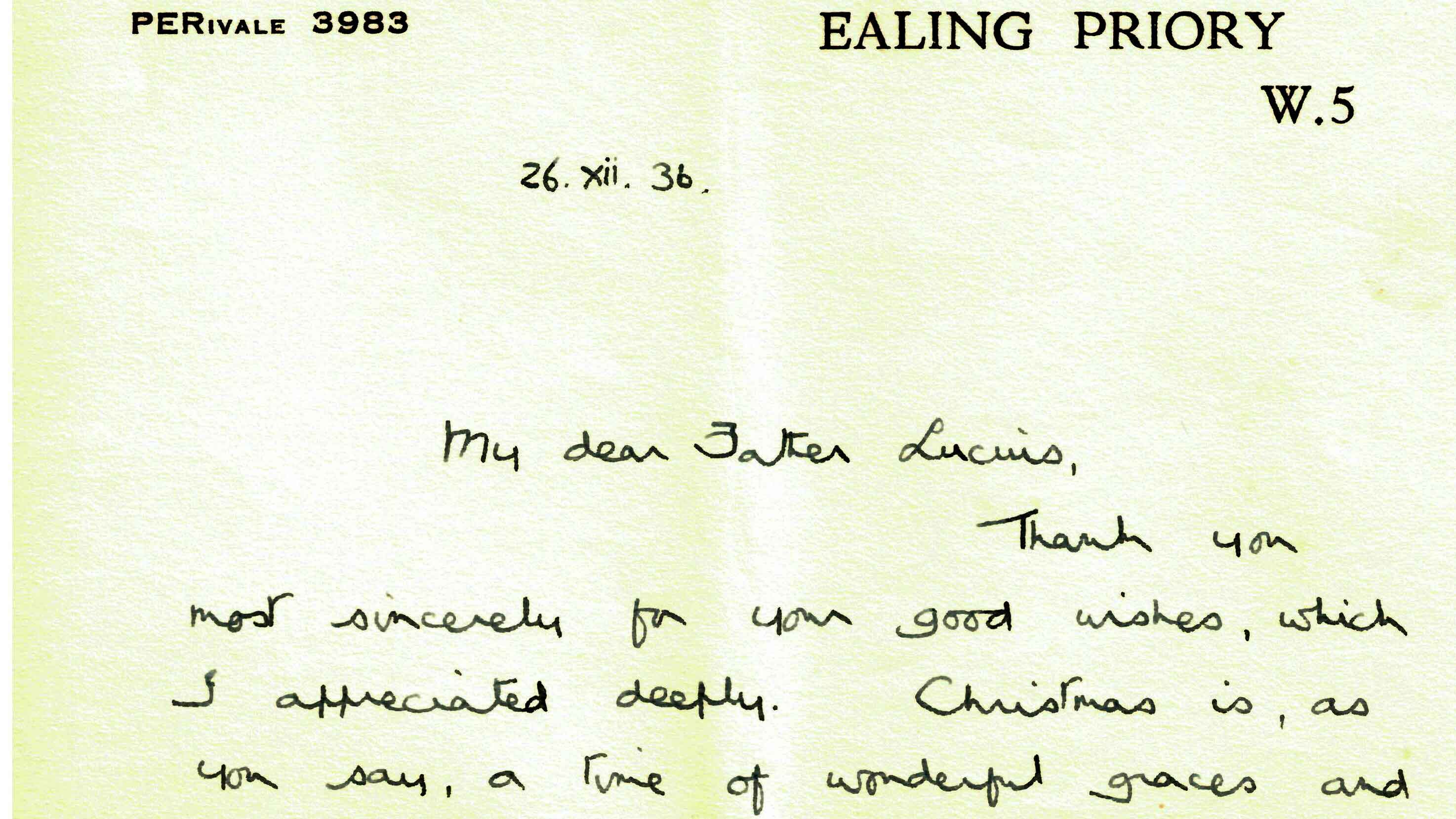 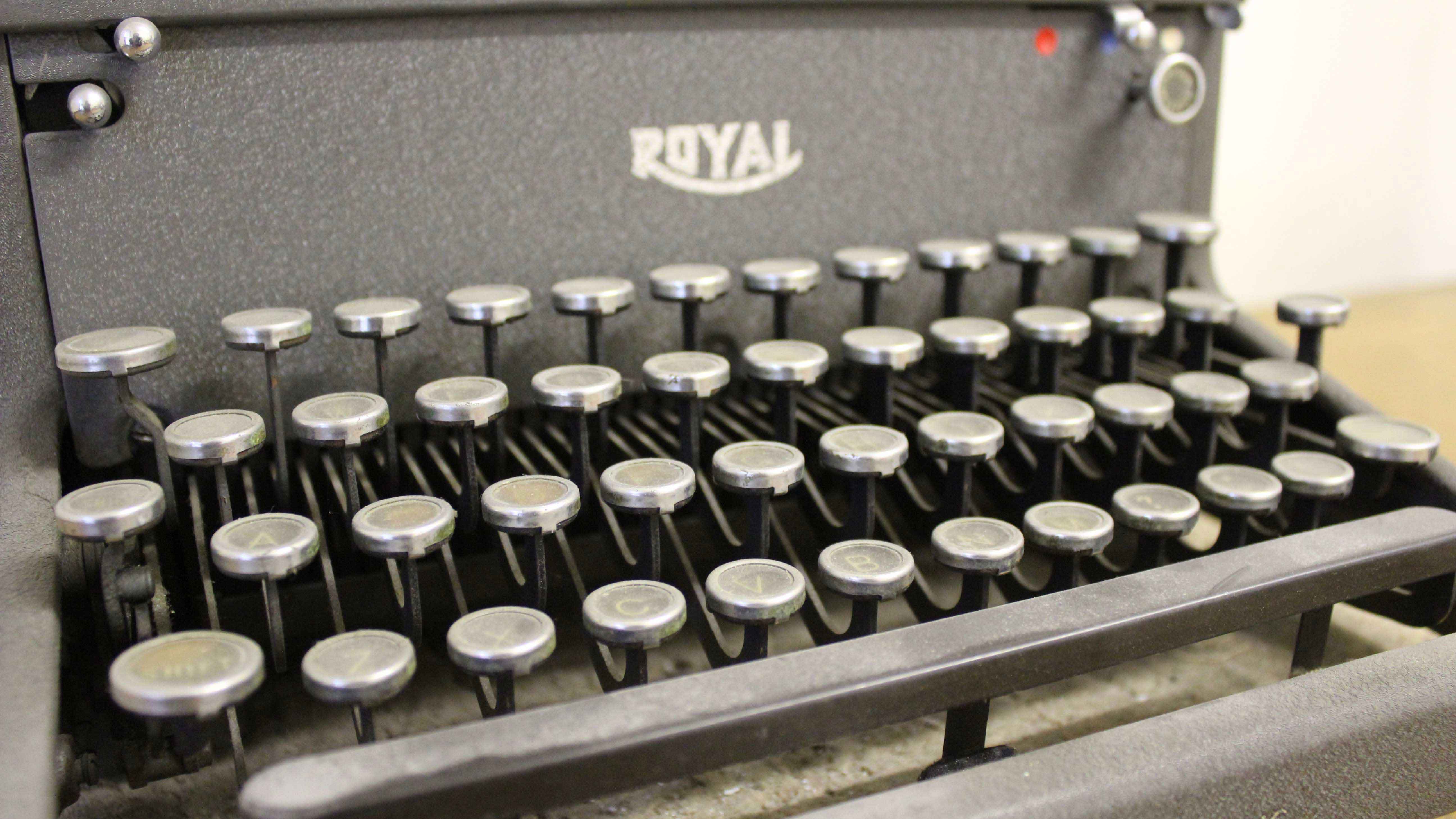 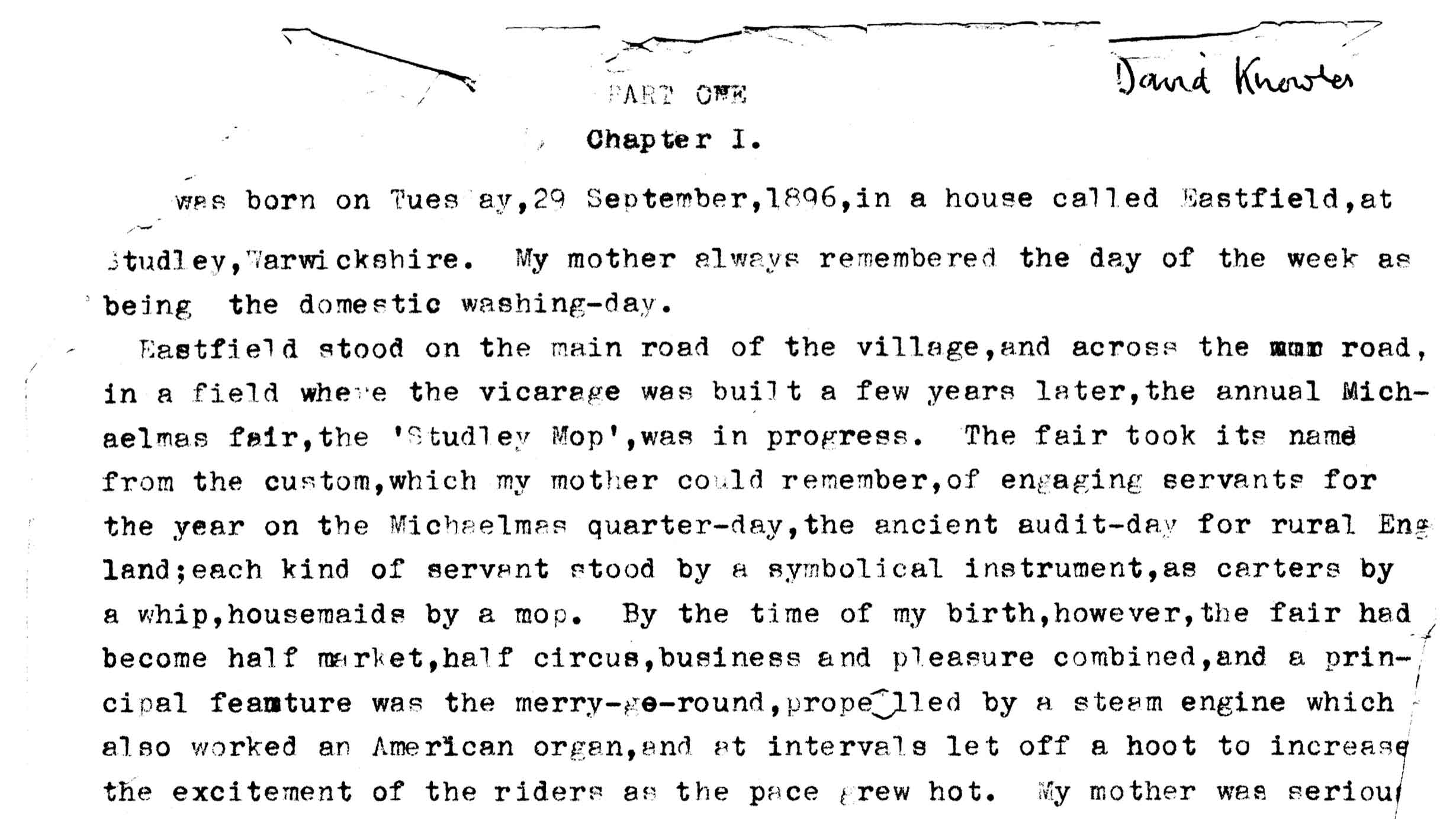