Room 1: Continuity and change: the blessings of Downside’s abbots

One group of artefacts that closely links Downside’s history with the history of the Church more widely concerns the blessings of its abbots. When abbots are elected, they receive a formal blessing from their bishop, and Downside’s archives preserve a diverse range of materials relating to the blessings of its abbots by the bishops of Clifton. These range from written accounts to photographic evidence, from service literature to music, and from material objects such as croziers, mitres and pontificalia to an inscription in stone. Since its elevation to the rank of abbey in 1899, Downside has had a total of thirteen abbots in just over a century,* and the liturgical rituals that accompanied their blessings have changed over time to reflect developments within the wider Church. The continuous accounts of the Downside blessings enable us to track these developments and how they influenced practice over more than a hundred years.

*On 26 August 2020, Dom Nicholas Wetz was elected the thirteenth abbot of Downside.

Selected by the monks of Downside. 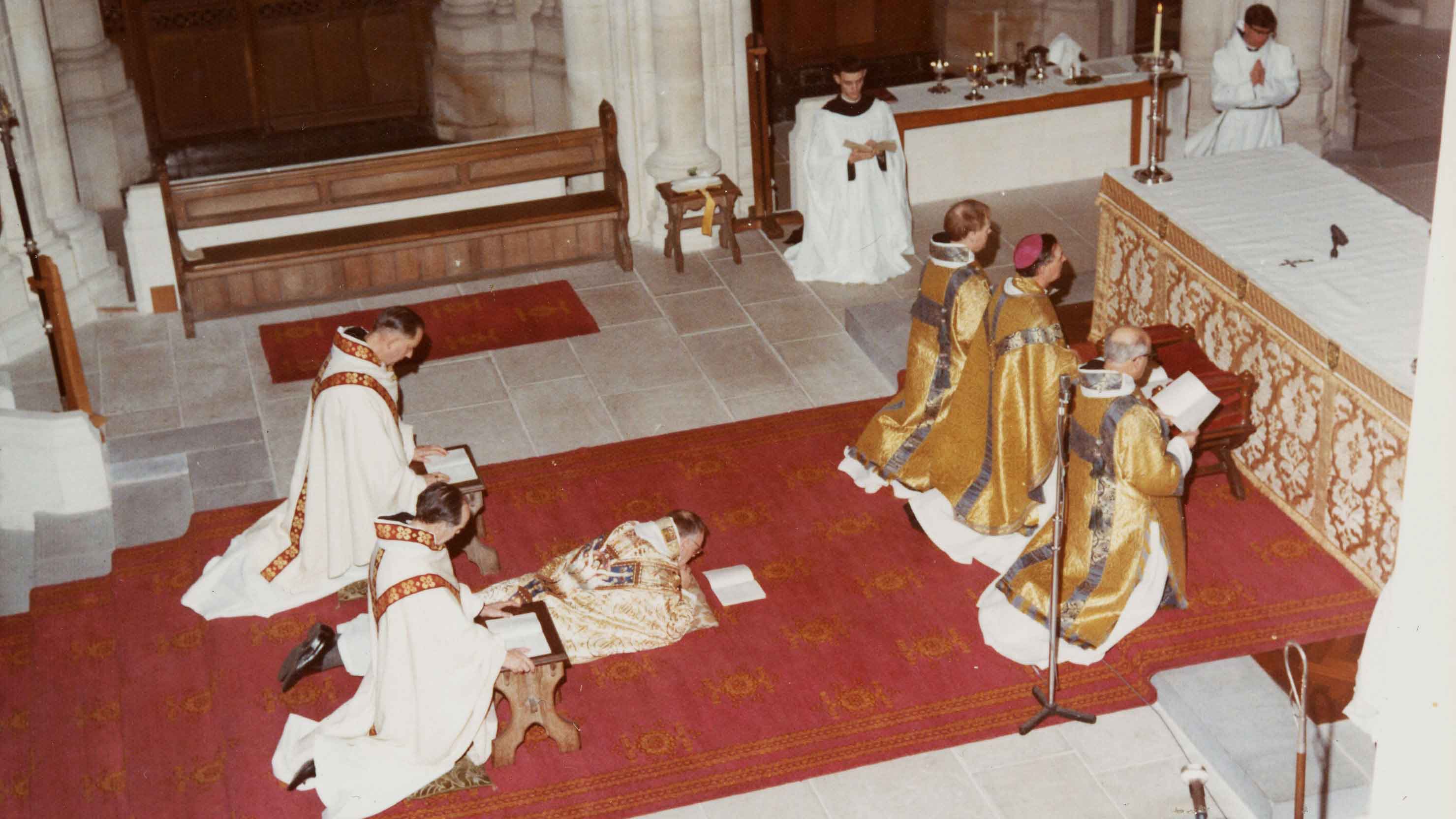 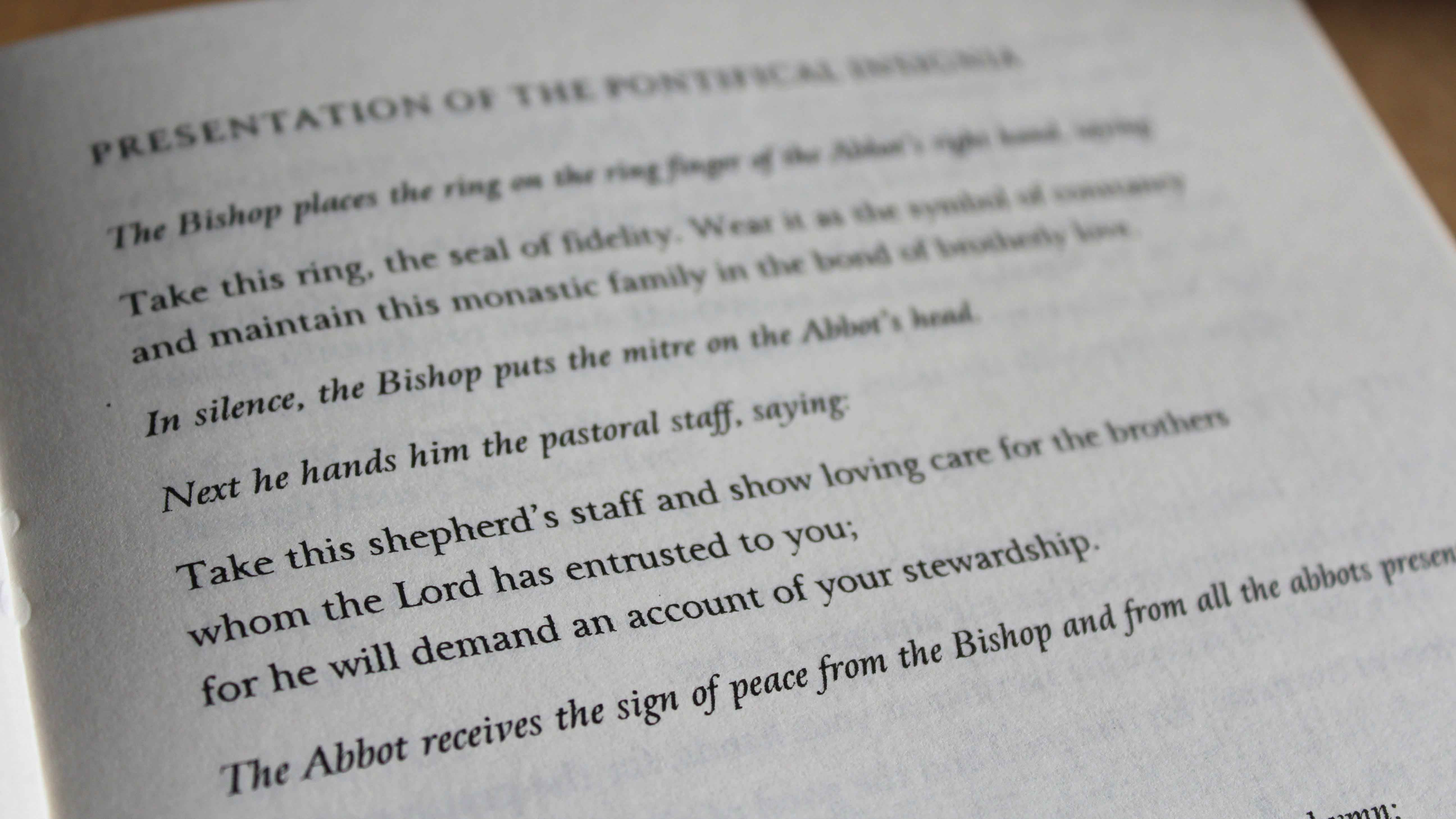 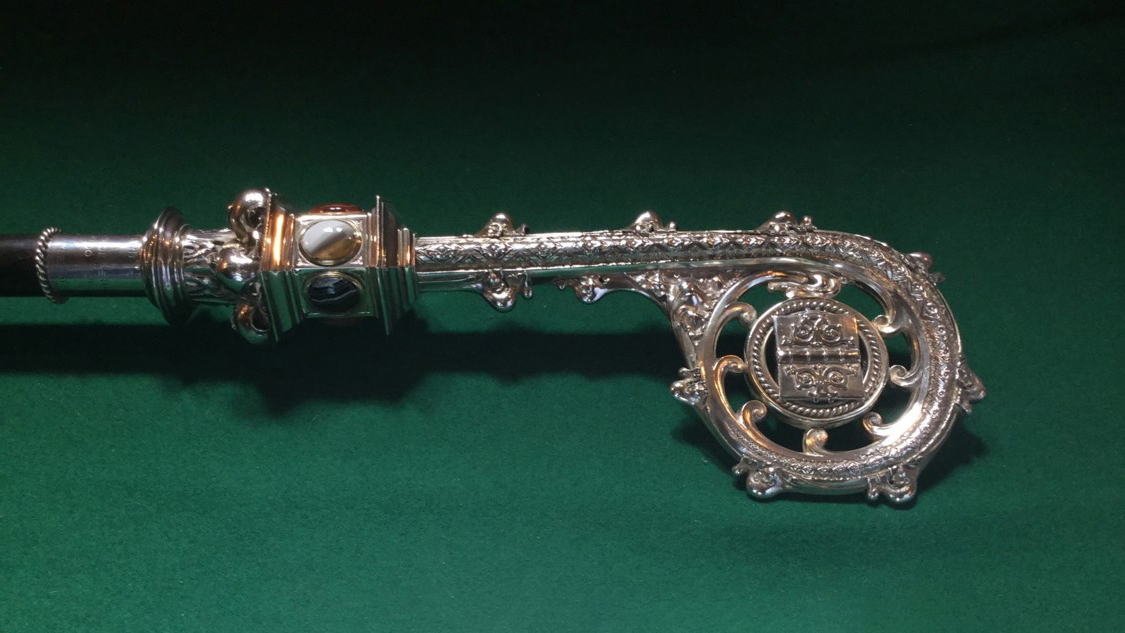