The cultivation of history at Downside has always been a process marked by a strong sense of tradition and authority. The monastic archives contain important documents from the community’s long and complex constitutional history, such as Abbot Edmund Ford’s (1900–06) abbatial seal and various papal bulls including Religiosus Ordo (1890) and Diu Quidem (1899) – the term ‘bull’ describes an official decree or charter issued by the pope and derives its name from the leaden seal (Latin: bulla) traditionally attached at the bottom. Together, these items reflect the momentous constitutional changes made to the English Benedictine Congregation around the turn of the twentieth century when Downside was promoted from the rank of priory to that of abbey. The instigators of these changes looked to medieval models of monastic governance to provide inspiration for their modern constitutions, such that these items still form important cornerstones in the community’s historical identity today.

Shown here are:
- a decorative carving of the words ‘Diu Quidem 1899’ (name of the bull with date) on Downside’s abbey church;
- the seal matrix of Downside’s first abbatial seal issued to Ford (1900–06);
- the ornate hand press used for impressing the abbatial seal into wax. 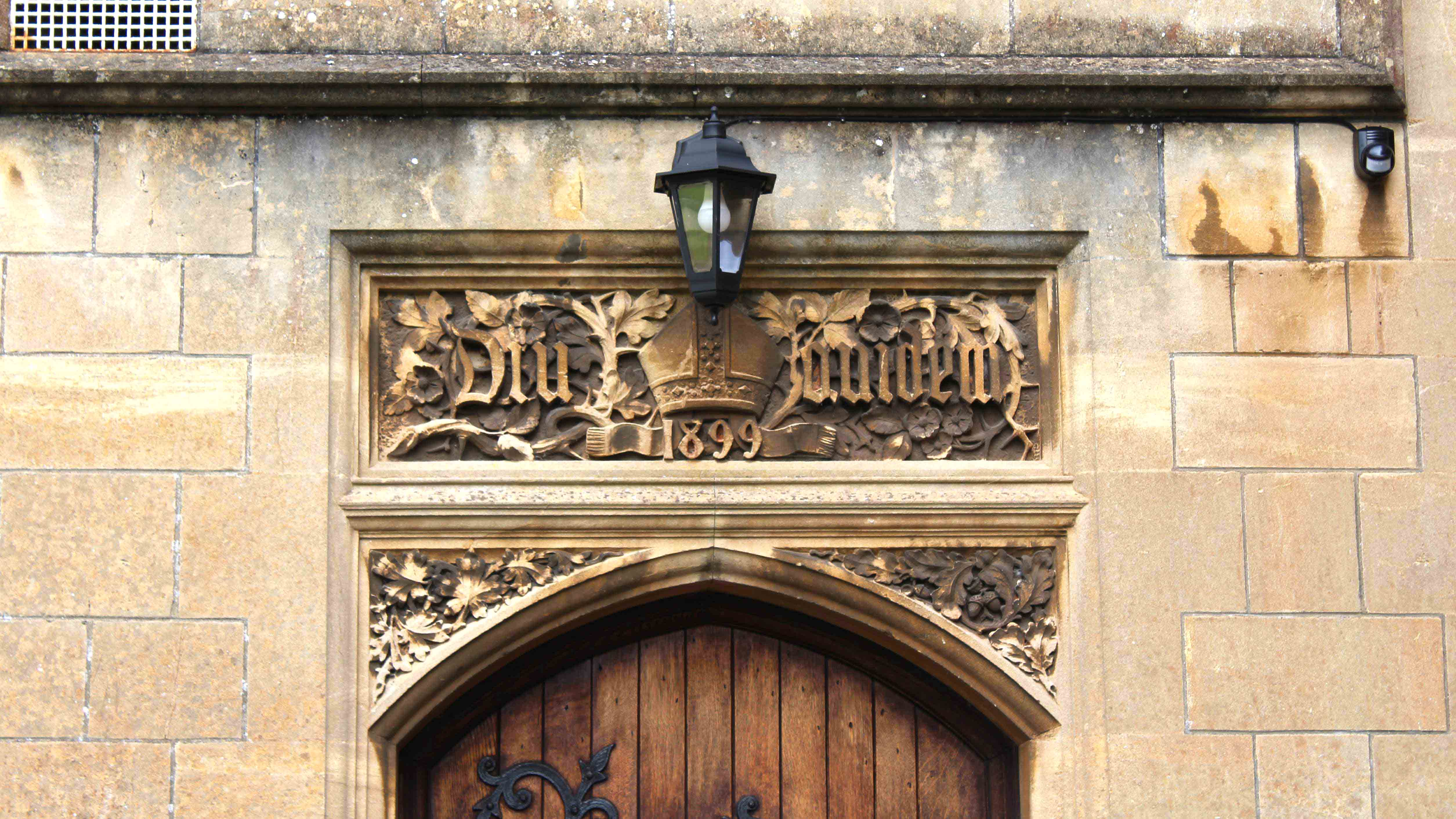 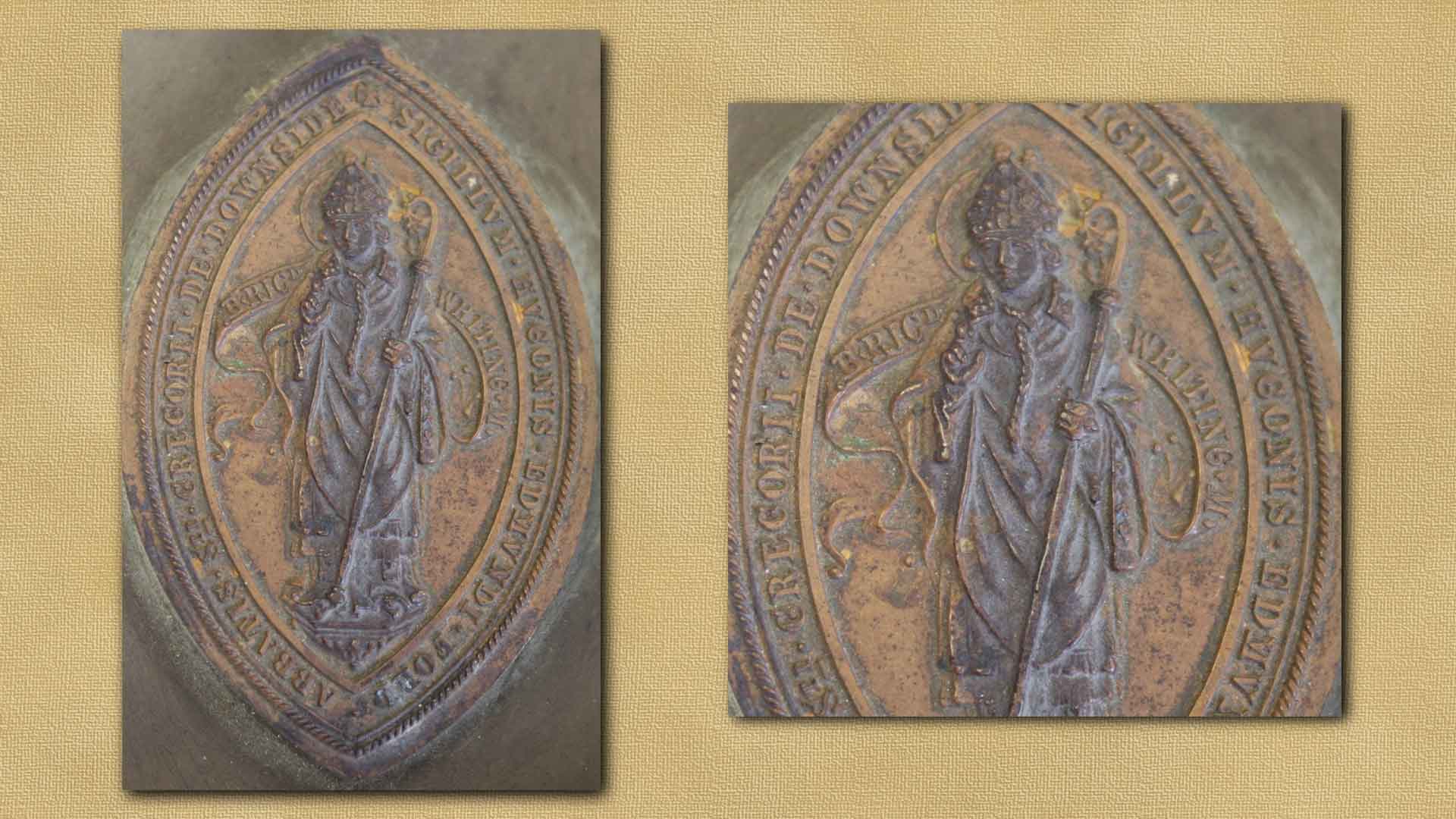 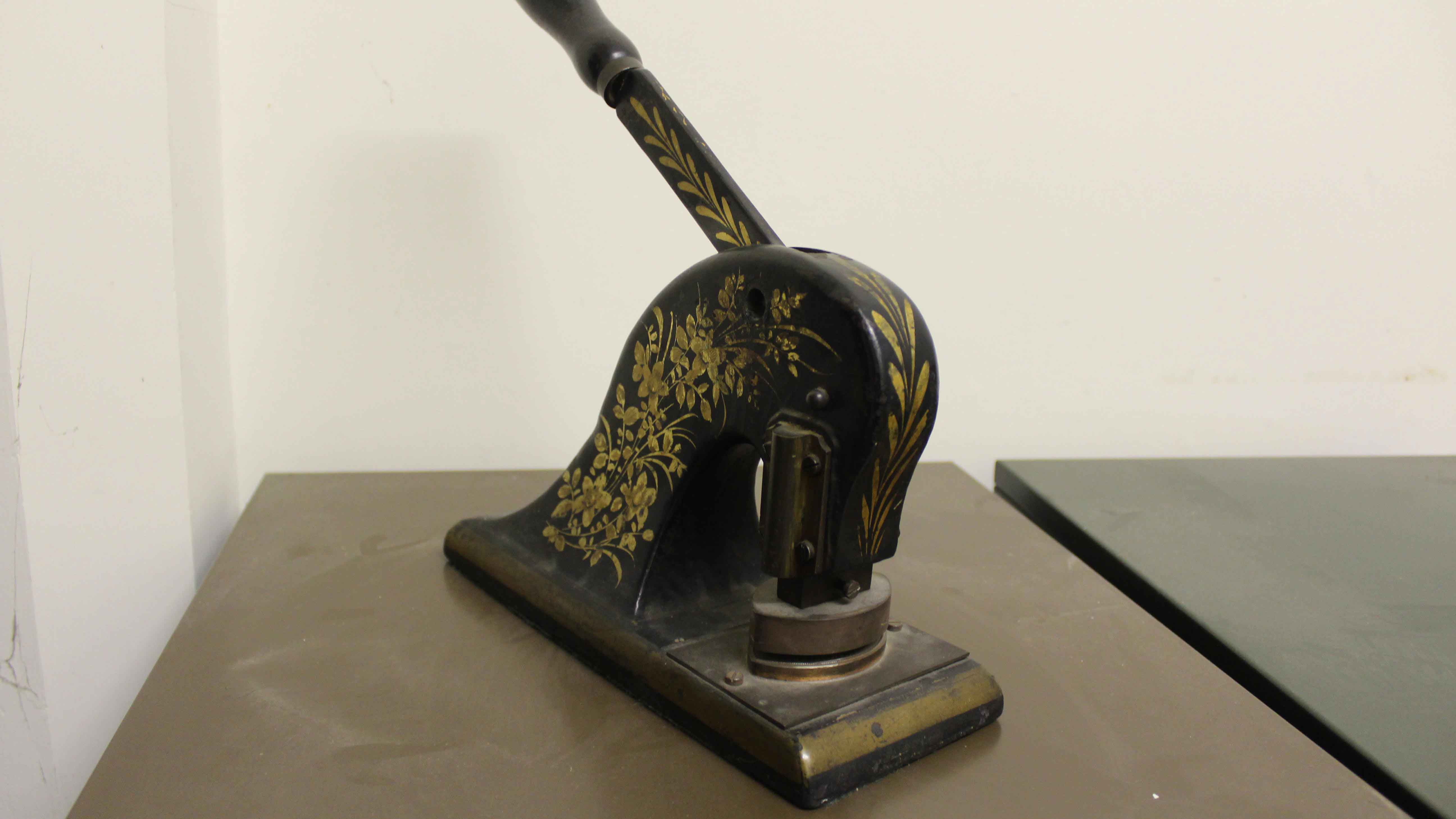