There are two items in Downside’s collections that together form a kind of ‘Who’s Who’ of the monastic community and are therefore amongst its most prized records. Becoming a monk involves a formal admission procedure (known as profession) whereby the individual takes a vow to belong to a specific monastic community and to observe stability of place (Latin: stabilitas loci). The first item at Downside recording this fundamental sense of belonging is a book known as the Liber Graduum (literally: ‘Book of Steps’), which contains a list of all the professions taken by the community’s members from 1609 (when its home was in Douai, Flanders) right up to the present day. The second item comprises the Fasti books, which preserve another continuous record, this time kept since 1793, that provides a detailed account of the individuals’ monastic lives and their respective achievements to be presented at the end of life. 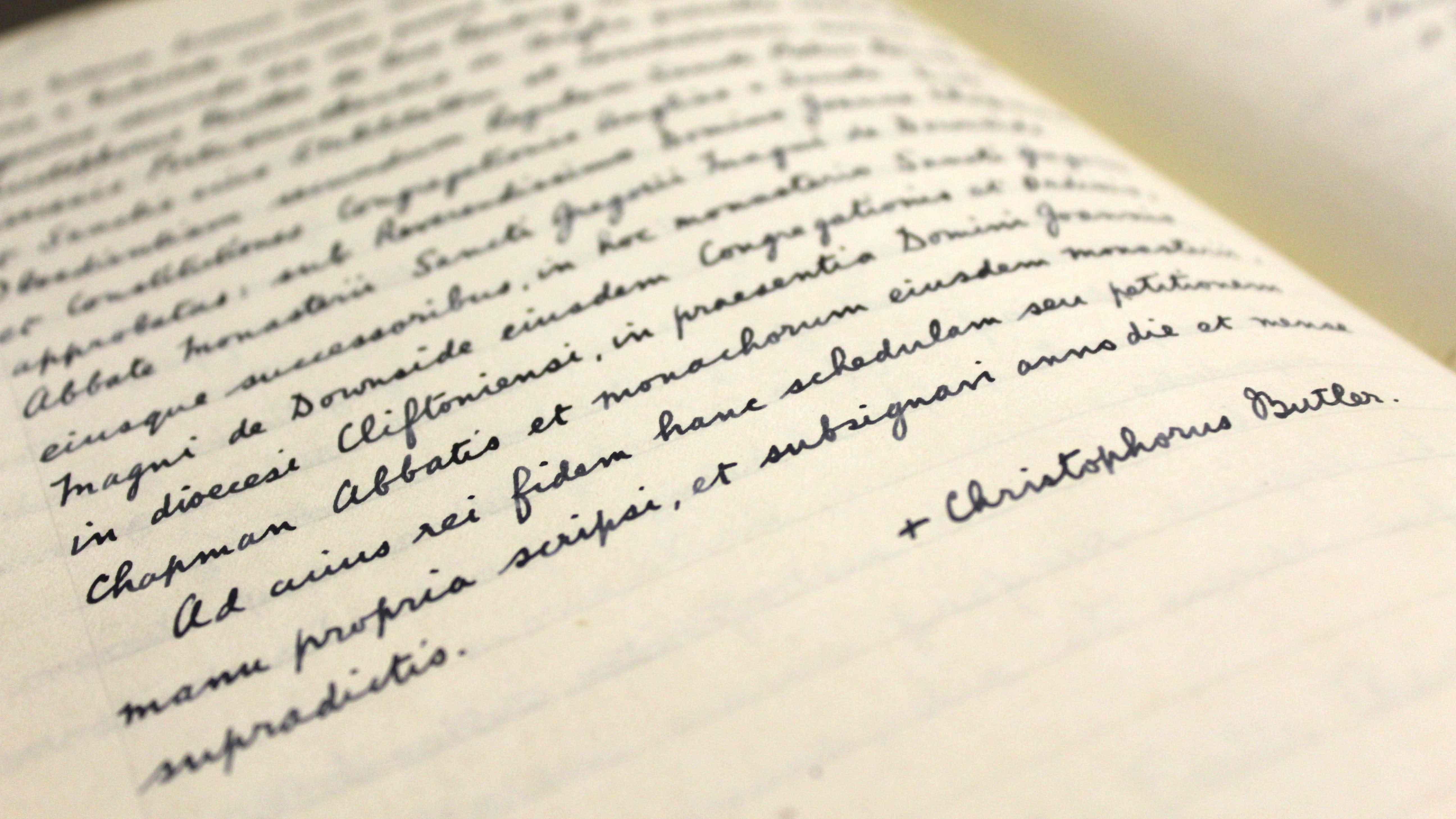 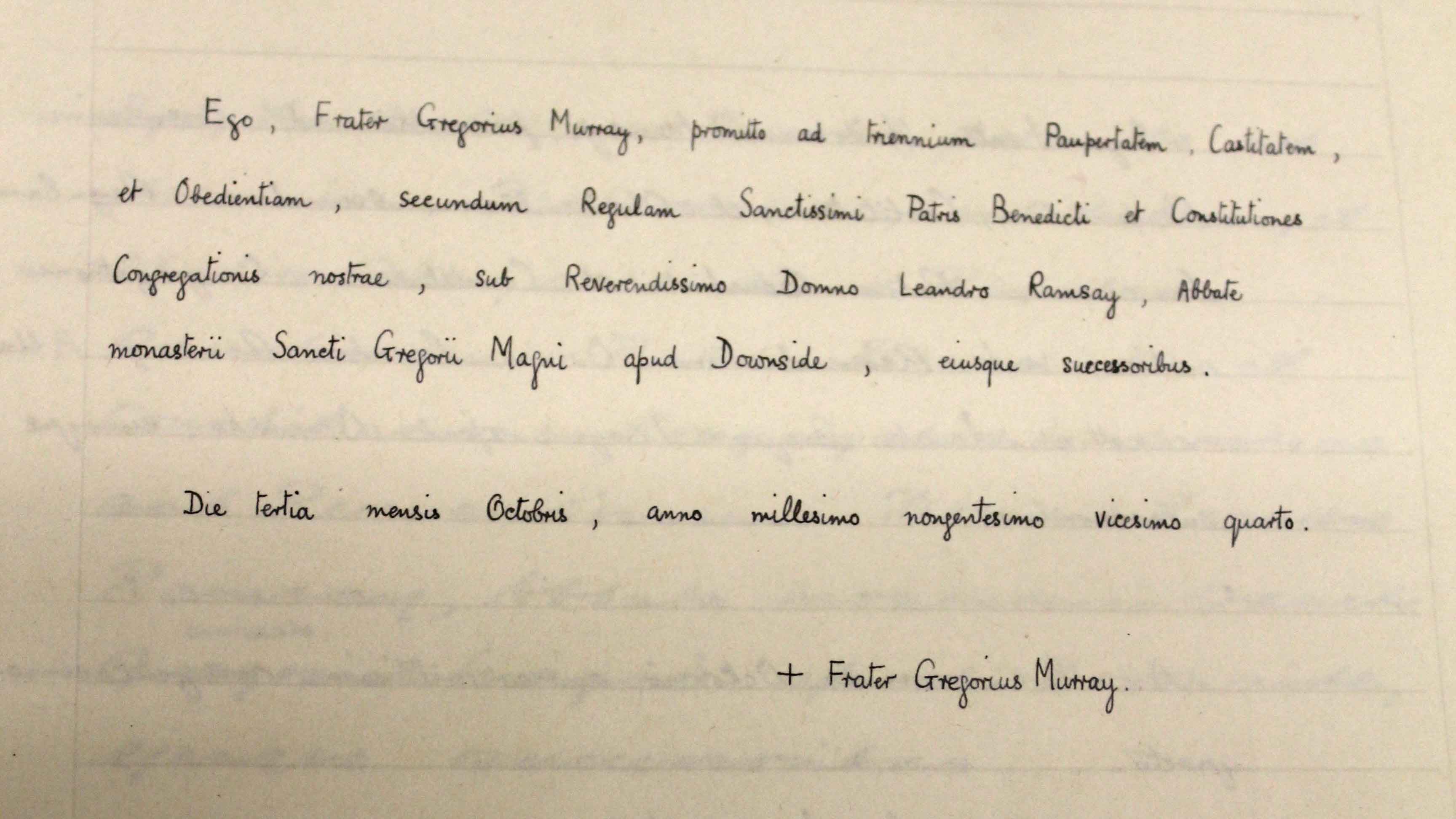 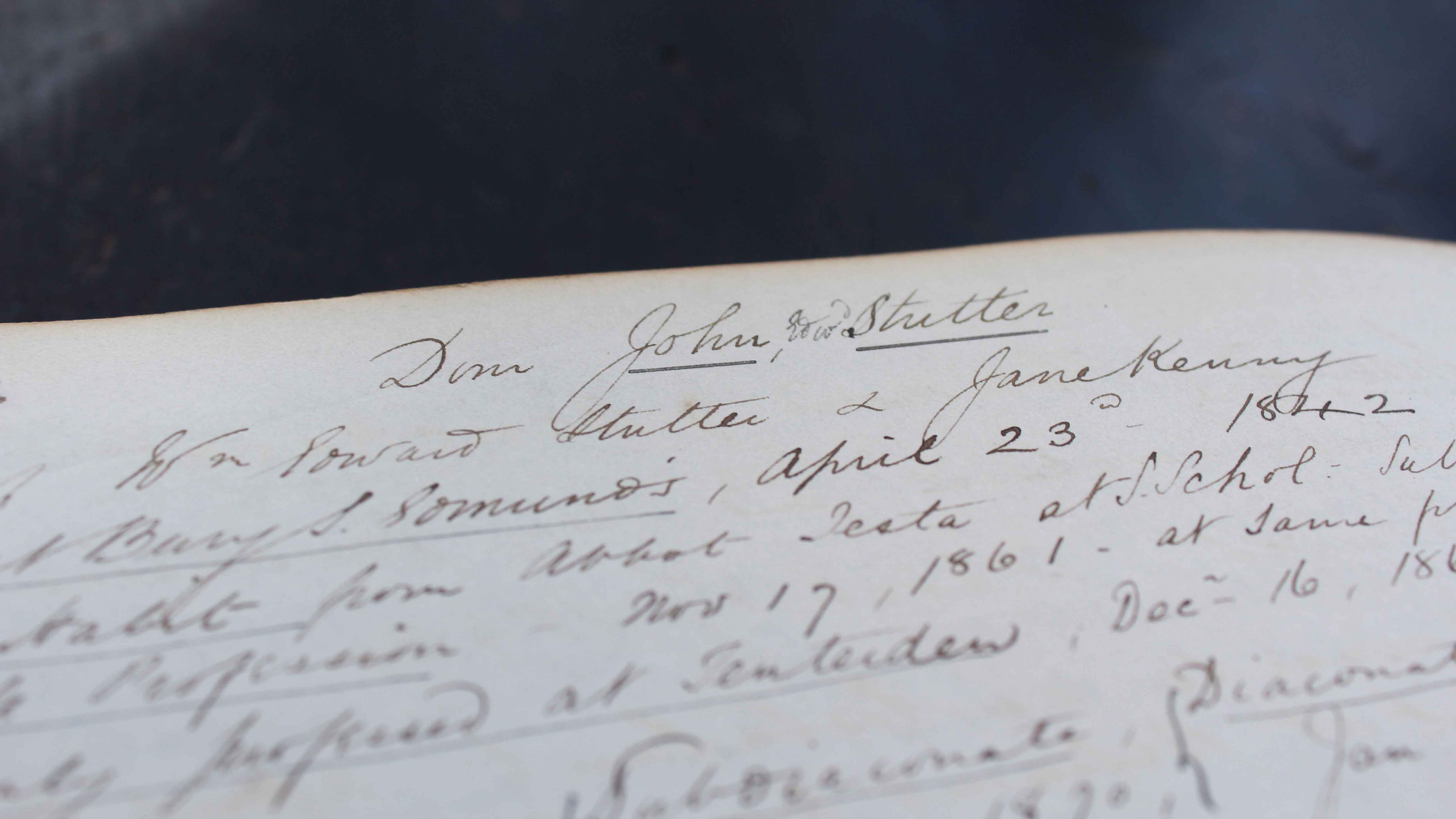